California’s governor on Monday clamped new restrictions on businesses, and the state’s two largest school districts, Los Angeles and San Diego, said children would not return to class for the new term as Wuhan coronavirus cases and hospitalizations soared.

“It’s incumbent upon all of us to recognize soberly that COVID-19 is not going away anytime soon, until there is a vaccine and/or an effective therapy,” Newsom said at a daily news briefing.

In US Now 40 Lakh Infected by Wuhan Coronavirus ” China Virus ” : US Angry At China

The governor called the move critical to stemming a new surge in COVID-19 cases that have strained hospitals in several of California’s rural counties.

The public school districts for Los Angeles and San Diego, two of the country’s largest with a combined 706,000 students and 88,000 employees, said in a joint statement they would hold online-only classes, citing “vague and contradictory” science and public health guidelines.

The districts said countries that have safely reopened their schools have done so only after establishing declining infection rates and on-demand coronavirus testing.

“California has neither,” the statement said, adding, “The sky-rocketing infection rates of the past few weeks make it clear the pandemic is not under control.”

The union representing Los Angeles teachers applauded the strategy, saying it was backed by 83% of its 18,000 rank-and-file members responding to an informal online poll last week.

“In the face of the alarming spike in COVID cases, the lack of necessary funding from the government to open schools safely, and the outsized threat of death faced by working-class communities of color, there really is no other choice that doesn’t put thousands of lives at risk,” United Teachers Los Angeles said in a separate statement.

The online-learning decision puts the two districts at odds with U.S. President Donald Trump, who has threatened to punish school systems that refuse to reopen classrooms by withholding federal funding or even removing their tax-exempt status.

Education Secretary Betsy DeVos kept up the pressure on Sunday in a televised appearance, saying children need to return to their classrooms both for the sake of their own educational development and so that their parents can more easily return to the workplace.

“We know that children get the virus at a far lower rate than any other part of the population,” DeVos told CNN. “There is nothing in the data that would suggest kids being back in school is dangerous to them.”

The decision to keep students home was also expected to be a blow for parents who have struggled to work from home during the pandemic while also caring and educating their children.

California, along with Florida, Arizona and Texas have emerged as the new U.S. epicenters of the pandemic. Infections have risen rapidly in about 40 of the 50 states over the last two weeks, according to a Reuters analysis.

Despite nearly 28,000 new COVID-19 cases in the last two days, Disney World in Orlando welcomed the public on Saturday for the first time since March with guests required to wear masks, undergo temperature checks and keep physically apart. Walt Disney Co (DIS.N) faces a starkly different response in Hong Kong where the government has ordered the Disneyland theme park to close due to rising coronavirus cases. 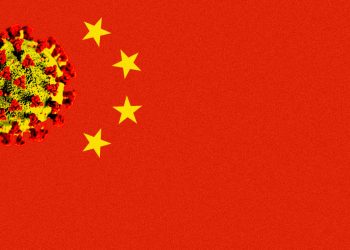 In US Now 40 Lakh Infected by Wuhan Coronavirus ” China Virus ” : US Angry At China