Lenovo’s Links to China Government Under Scrutiny For Spying

The Chinese Communist Party (CCP) is building connections between China's public universities, military and security agencies. These are carried out under the policy of leveraging the civilian sector to maximise military power (known as 'military-civil fusion'). 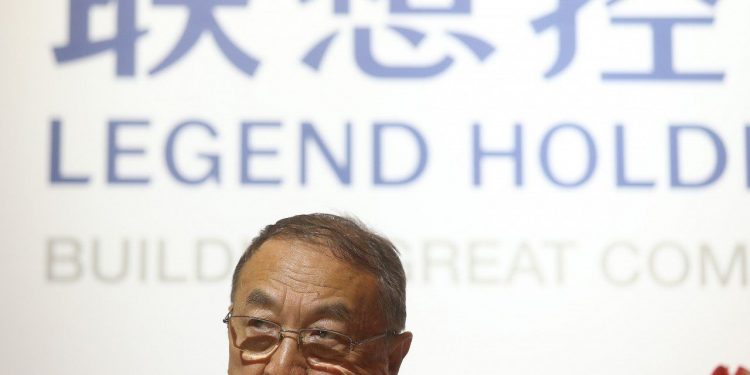 3.2k
VIEWS
Share on WhatsappShare on FacebookShare on TwitterShare on Telegram

The Chinese Academy of Sciences has 60,000 researchers working in 114 institutes, Over the past 40 years, half of its income has come directly from Chinese central-government investment; the rest has been from competitive funding or technology transfer. Its overseas investments are estimated to exceed US$700 million Through such and numerous other technology investments, China supposedly maintains a cyberespionage force with nearly 200,000 members spanning both the military and private sectors.

The U.S. Department of Defense (DoD) Audit Report in 2019 Names Lenovo as “RISK”

In 2016, the Joint Chiefs of Staff Intelligence Directorate issued a warning that Lenovo computers and handheld devices could introduce compromised hardware into the DoD supply chain, posing a cyber espionage risk to classified and unclassified DoD networks. In 2018, 12 years after the State Department ban, the DoD ordered an operational risk assessment of Lenovo products throughout the DoD Information,” says the Secret and redacted Audit report by Inspector General, U.S. Department of Defense on July 26, 2019.

In the original complaint against Lenovo, the Federal Trade Commission, USA charged that “beginning in August 2014 Lenovo began selling consumer laptops in the United States that came with a pre-installed advertising software program called VisualDiscovery that interfered with how a user’s browser interacted with websites and created serious security vulnerabilities.”

VisualDiscovery was found to not only collect vast quantities of user data, such as logins, payment information and social security numbers. It also contained a significant security risk that allowed hackers to access the encrypted data sent over the internet. Lenovo settled the Superfish spyware case with the Federal Trade Commission (FTC), USA and 32 states for $8.5 million. Lenovo lists 43 different models that were infected by it, including several of its Flex, E-, G-, S-, U-, Y- and Z-series laptops and several Miix and Yoga tablets, in case you have one of these please get a security check done.

The infamous Wuhan virology institute is also under the Chinese Academy of Sciences, which is under investigation for leaking Wuhan Coronavirus(COVID19) by the U.S. and Other countries. Wuhan Virology institute has been linked to China’s covert biological weapons programme too. In a July article in the journal Institute for Defence Studies and Analyses, Israeli biological warfare expert, Shoham said the Wuhan institute was one of four Chinese laboratories engaged in some aspects of the development of the biological weapons. Though Wuhan virology institute is under the Chinese Academy of Sciences, however, certain laboratories within it “have linkage with the PLA or Bio- Warfare related elements within the Chinese defence establishment,” he said.

“The Chinese Government and firms have allegedly committed I.P. theft or cyber espionage against U.S. firms in high-value IoT and IoT-enabling sectors. For example, in July 2018 a federal grand jury indicted former Apple employee Xiaolang Zhang for stealing trade secrets and I.P. for Apple’s autonomous vehicles with the intent to transfer these proprietary documents to a Chinese competitor, Xiaopeng Motors. 26 Chinese firms have also targeted U.S. telecommunications and semiconductor firms,” points the 2018 report to U.S. Congress by the U.S.-China Economic And Security Review Commission.

It will be difficult to believe that the Chinese Government and its nominated firms won’t be fishing for Indian secrets. The Government of India should study the critical infrastructure where Chinese IT equipment is installed and do a security review. The best will be to ban Chinese suppliers from supplying I.T. equipment in critical sectors.

The Chinese Communist Party (CCP) is building connections between China’s public universities, military and security agencies. These are carried out under the policy of leveraging the civilian sector to maximise military power (known as ‘military-civil fusion’). Indian Government should investigate the links of Lenovo to the Chinese Academy of Sciences and the CCP, and there has to a security review in the national interest.

U.S. officials say China’s Thousand Talent Program drives economic espionage and theft of IP, this issue is the core of President Trump’s trade war with China. India needs to ensure that our scientists don’t fall into this new honey trap by China. You have to be beware of Chinese spies offering laptops, women, or educational stipends, and especially watch out for odd LinkedIn requests.