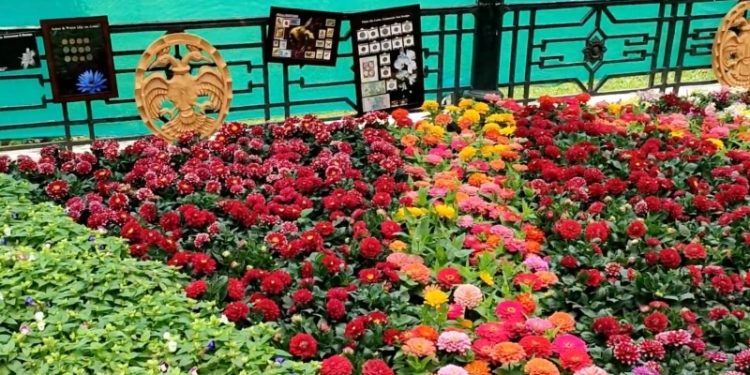 The week-long colour riot is a treat to watch as the Lalbagh botanical garden resembles a splash of colours during the months of January and August.

Apart from the display of dazzling varieties of flowers inside the glass house in Lalbagh, the whole garden is bedecked with colourful flowers.

Two days ago, Horticulture and Sericulture Minister Narayan Gowda held a meeting with the concerned officials and decided to postpone the flower show till Independence Day.

“This is the first time in recent years that flower shows have been cancelled back to back. The iconic week-long flower show is organised twice in a year. One on Independence Day and the other on Republic day. Both days were selected not only to encash the holiday mood of the people, but also as it is the blooming season in south India,” an official told IANS.

He added that these flower shows are the biggest draws but this time the event organisers aren’t very keen to organise this event.

“This event is not only time consuming, but also costs anything between Rs 1 crore and Rs 1.3 crore. With parents not in a mood to come out yet with their kids, the participants feel that it would be losing preposition if the event is held under such circumstances,” the source explained.

The source added that even though Covid positive cases have drastically come down in the last two months and the vaccine drive has been launched last week, the participants still feel that the event may not be feasible now, therefore it would be better to postpone it than organising it now.