For this purpose, Govindananda Saraswati has already spent nearly Rs 40 lakh to build a 'Rath' (chariot), besides collecting a pair of 'Rama Paduke' (sandals of Lord Ram) from the Shri Ram Janmbhoomi Teerth Kshetra in Ayodhya. 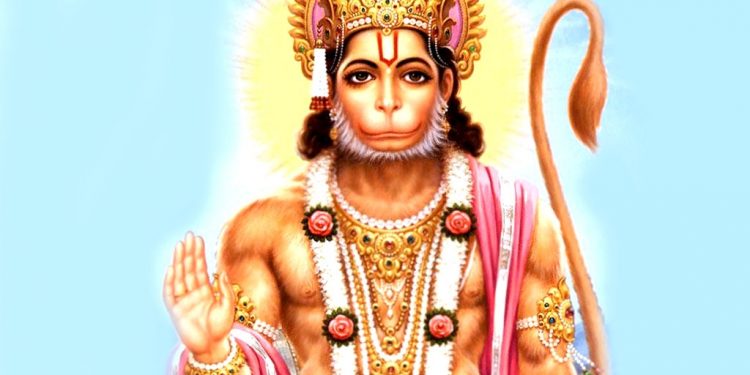 Bengaluru, (Aryavarth) The Sri Hanumad Janmabhoomi Tirtha Kshetra Trust headed by Govindananda Saraswati Swami plans to launch an ambitious ‘Rath Yatra’ to cover every nook and corner of the country in the next 12 years.

For this purpose, Govindananda Saraswati has already spent nearly Rs 40 lakh to build a ‘Rath’ (chariot), besides collecting a pair of ‘Rama Paduke’ (sandals of Lord Ram) from the Shri Ram Janmbhoomi Teerth Kshetra in Ayodhya.

The Hampi-based Hanumad Janmabhoomi Tirtha Kshetra Trust, a private body, is also planning to build a 215-metre tall statue of Lord Hanuman at an estimated cost of Rs 1,200 crore in Kishkindha, the birthplace of Hanuman, over the next couple of years.

Govindananda Saraswati told IANS that of the three pairs of sandals, one pair will be placed in the Hanuman temple that will come up in Ayodhya, while the second pair has been kept in Anjani Parvata, Kishkinda (Koppal district in Karnataka), where it is believed that Lord Hanuman was born 17 lakh years ago.

“The third pair has been kept in the ‘Hanumad Charitra Rath’ which will travel to every nook and corner of the country for the next 12 years,” he said.

According to Govindananda Saraswati, the chariot will have statues of Ram, Lakshman, Seeta, Hanuman, Lord Virupaksha of Hampi, and Anjani, the mother of Hanuman.

Answering a question, Govindananda Saraswati said that they are not making any effort to bind the northern and southern parts of the country, as it was destined to be united by Lord Ram and Lord Hanuman, who are avataras of Lord Vishnu and Lord Shiva, respectively.

“Binding north and south was destined to happen as it was written by Lord Brahma. It is the wish of the Trimurti that all must be united. Uniting is not a sin, right,” he asked.

Govindananda Saraswati claimed that as per the plan, the Rath Yatra will cover each district for 10 days, covering all the talukas and main villages.

“During the Rath yatra, we will distribute mythological literature explaining how the relationship evolved between Lord Ram and Lord Hanuman, and how they spread the message of unity,” he said.

He added that the Rath Yatra will not only distribute literature and spread the message of Lord Ram, but also collect donations to build a massive temple of Lord Hanuman in Kishkinda in Koppal district of Karnataka.

Govindananda Saraswati said that the Trust will work under the guidance of Jagadguru Shankaracharya of the Jyotish and Dwarka Sharada Peeth, who was also one of the main applicants in the Ram Janmabhoomi case.

“The Trust’s objective is to develop the entire ‘Kishkinda Puri’ on the lines of the model instituted in Ayodhya.

Govindananda Saraswati added that the Ram Temple will be built in the next 12 years as the Rath Yatra progresses.

According to him, the Hanumad Janmabhoomi Tirtha Kshetra Trust has several events lined up in the coming years. They are: