Punjab CM writes to Modi on continuation of DBT scheme

Asserting that 'arhtiyas' are not middlemen between the farmers and the procurement agencies, but are service providers, the Chief Minister urged the Prime Minister to ensure that the livelihoods of the farmers and all others involved in the smooth procurement of food grains are not jeorpardised. 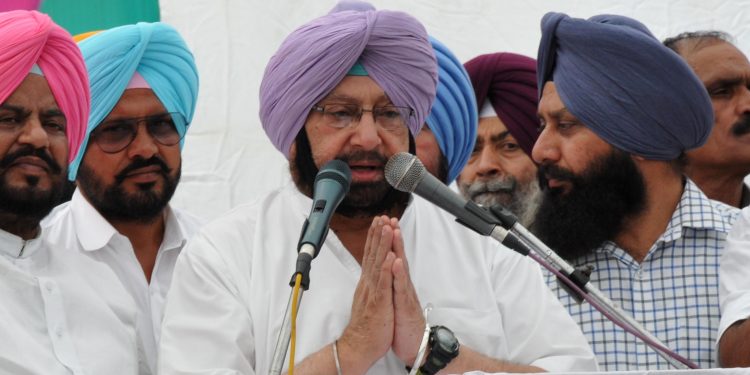 190
VIEWS
Share on WhatsappShare on FacebookShare on TwitterShare on Telegram

Chandigarh,(Aryavarth) Punjab Chief Minister Amarinder Singh on Saturday wrote to Prime Minister Narendra Modi seeking continuance of the existing system of payment to farmers till a consensus can be evolved on the issue of Direct Benefit Transfer (DBT).

Asserting that ‘arhtiyas’ are not middlemen between the farmers and the procurement agencies, but are service providers, the Chief Minister urged the Prime Minister to ensure that the livelihoods of the farmers and all others involved in the smooth procurement of food grains are not jeorpardised.

Cut in power tariff to give relief to people: Punjab CM

In a letter to the Prime Minister, Amarinder Singh also sought a meeting to apprise him about the concerns of various stakeholders about changing the existing payment system “before the situation gets out of hand.

On behalf of the government of Punjab, he assured Modi of his complete support towards evolving a consensus amongst the stakeholders for long-term durable reforms.

Expressing concern over recent efforts to ‘rock’ the legally sanctioned, and well-established institutional and social arrangements through some guidelines and directives of the government of India, the Chief Minister said he had noticed a pattern in some of the recent one-sided decisions and steps taken by the government of India.

He added that as a soldier and a farmer himself, he “would like to highlight the risks and threats that are likely to be posed for the ‘food security’ of the nation as a result of some of these decisions for being completely detached from ground realities of farming in this part of the country.”

Recalling the role of the hard-working farmers of Punjab, Haryana and Western UP in ushering in the Green Revolution and ensuring national food security, he said that security systems and defences are built over decades, but can be compromised and demolished in moments.

“While I fully endorse the views that as a society, and as nation we have to continuously evolve and reform, and as the political leadership of the world’s largest democracy, we have to continuously think of improving, but I strongly believe that reforms are most successful and sustainable if carried out through a consultative process with all stakeholders, ensuring ownership of all,” said the Chief Minister.

He requested the Prime Minister to advise the Department of Food and Public Distribution and the Ministry of Finance to initiate discussions and consultations with the stakeholders, including the farmers, farm workers and the arhtiyas, to evolve a mutually acceptable system through consensus.

Pointing to the mutually dependent relationship between the farmers and the arhtiyas that has developed over generations, the Chief Minister said it had helped the agrarian system, which was primitive and based on rudimentary literacy, to grow to the present levels.

In fact, the relationship is a pivot on which the seamless procurement rotates, he noted, adding that arhtiyas provide services like drying and cleaning the produce before it is offered for auction, and then bagging the produce and keeping it safely till it is lifted by the procuring agency.

The arhtiya thus provides services and performs the tasks that otherwise would be performed either by the farmers or the procuring agency, he said, adding that “these involve huge costs, which cannot be transferred to the farmers.”

He also drew the Prime Minister’sattention to the fact that Punjab, in its efforts towards ensuring transparency in procurement and tracking payments made therein, has implemented an elaborate online Anaaj Kharid Portal in which all the farmers have been registered, and procurement is done through this portal.

The payment to the arhtiyas is made online through Anaaj Kharid Portal, and the payment made to farmers by the arhtiyas is also recorded on the portal, which is fully integrated with the PFMS Portal of the Government of India, he added.

Citing existing rules and court decisions, Captain Amarinder said both provided for ‘freedom’ and ‘choice’ to the farmer for payment against his produce.

Pointing out that every year about Rs 54,000 crore of payment is made to about 12.50 lakh farmers in two cropping seasons, he said that there have been no major complaints or reports of non-receipt of payment by farmers.

Given the high levels of awareness and camaraderie amongst the farmers, it is difficult to say that the farmers are not aware or empowered in this regard, he added. 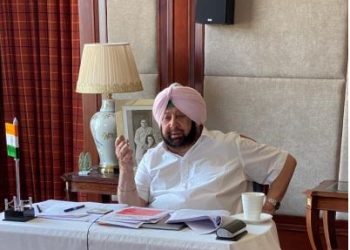 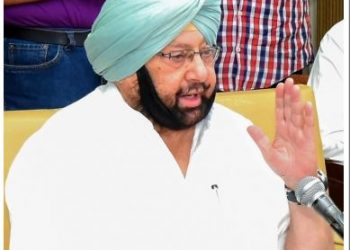 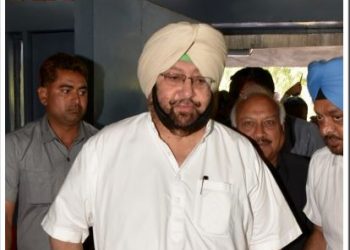 Cut in power tariff to give relief to people: Punjab CM