The purported videos of the incident went viral and the police booked Sanjay Gupta and unidentified persons for "rioting, using undue influence at an election along with under various sections of Arms Act" on the complaint of sub-inspector Narendra Pratap Singh. 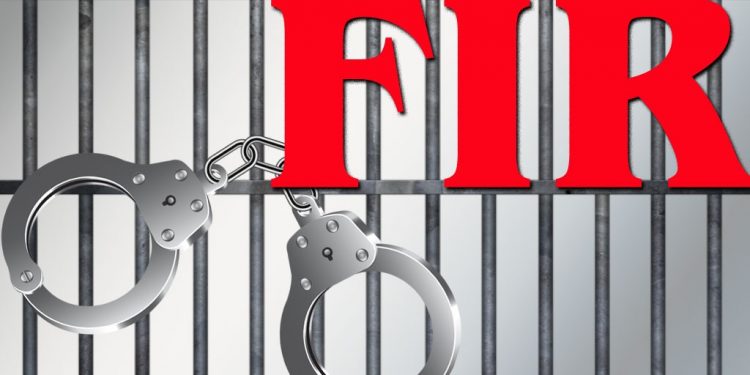 Lakhimpur Kheri (UP),(Aryavarth) BJP MLA Yogesh Verma and former block chief Pawan Gupta, who were involved in a fracas over the candidature of their loyalists in the ongoing panchayat elections, have now been booked by the police following cross complaints.

“Since an FIR on the matter was already registered on Sunday evening, we will include the other complaints in the FIR,” said Fateh Singh, SHO Kheri police station.

The complaint on Monday was lodged by BJP legislator Yogesh Verma.

Both men have been asked to appear before police for questioning.

During the verbal duel on Sunday, Gupta’s younger brother Sanjay had allegedly whipped out a pistol, grabbed the MLA’s collar and thrashed him.

The purported videos of the incident went viral and the police booked Sanjay Gupta and unidentified persons for “rioting, using undue influence at an election along with under various sections of Arms Act” on the complaint of sub-inspector Narendra Pratap Singh.

A probe panel was also set up by the party’s district president, Sunil Singh. A report would be sent to the party’s high command in Lucknow.

According to reports, the fight which started with a verbal duel, soon went out of hand when Gupta’s younger brother Sanjay allegedly took out a pistol, grabbed the MLA’s collar and thrashed him in front of cops.

When contacted, BJP district president Sunil Singh said, “The incident occurred in the heat of the moment. It was mainly due to a misunderstanding. I met both the sides and their issue is now resolved.”

The BJP MLA, meanwhile, said, “I will wait for the party high command’s decision before filing an FIR. Few contestants wanted to withdraw their nomination papers on their own will, but Pawan Gupta was forcing them to contest in the polls.”

Sources said that the party had reportedly decided to field a candidate backed by the MLA for the Nakha block while Gupta wanted his close aide to contest from the same seat. Both the contestants had filed their nominations and were threatening each other’s voters.

Trouble began when the BJP MLA visited the locality and tried to convince Gupta’s candidate to withdraw his nomination which led to the ugly scenes in full public view.

In March 2019, Verma was in the news after being shot at by a mining mafia.