The Congress leaders said that FIR was lodged on Saturday night immediately after the attack, but police yet to take any step to arrest the attackers. 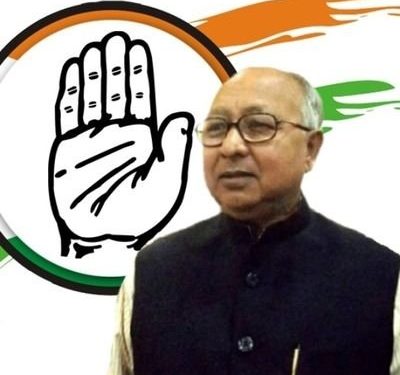 Agartala, (Aryavarth) Tripura’s opposition Congress has called a 12 hour shutdown on Monday to protest against the alleged attack on state party President Pijush Biswas by the “BJP goons”.

The ruling Bharatiya Janata Party (BJP) condemned the attack but urged Congress to call off its agitation.

“The attack was done by a large number of BJP workers and the goons in presence of police. To protest the BJP attack on the state party chief, we have called a state-wide 12-hour shutdown on Monday,” Dey, accompanied by state General Secretaries Harekrishna Bhowmik, Baptu Chakraborty and Tejen Das, told the media.

The Congress leaders said that FIR was lodged on Saturday night immediately after the attack, but police yet to take any step to arrest the attackers.

Biswas, a veteran lawyer, later told the media that the “BJP goons” unleashed the attack to murder him and badly damaged his car with iron rods and lathis.

“The BJP led government in Tripura is not only an undemocratic government, it is also running a barbaric governance. People should go on all out protest against the BJP government,” he said.

“We urge the police to take appropriate legal action against the attackers. The probe would reveal whether it is an attack or outcome of the Congress’ internal feud. The Congress also must withdraw the strike call as it would hinder the peace and progress undertaken by the BJP government,” he said.