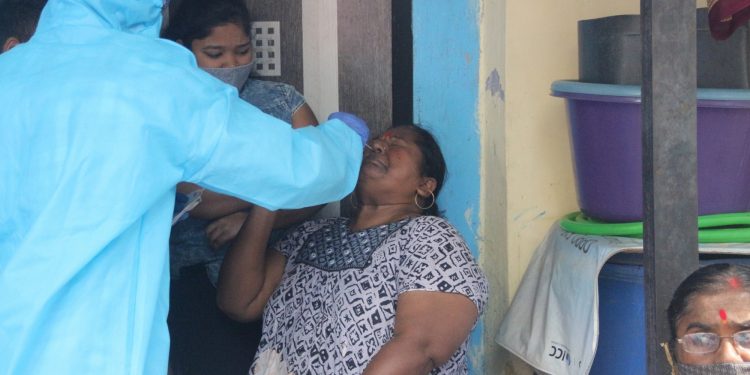 321
VIEWS
Share on WhatsappShare on FacebookShare on TwitterShare on Telegram

New Delhi,(Aryavarth) With India on Thursday recording highest single-day rise since December, the cases in Maharashtra accounted for 63.21 per cent of the daily new cases, followed by Kerala and Punjab.

According to the Health Ministry, Maharashtra, Punjab, Karnataka, Gujarat and Tamil Nadu continue to report a surge in the COVID daily new cases. 79.54 per cent of the new cases are from these five states.

Five States account for 84.88 per cent of the new deaths. Maharashtra saw the maximum casualties (84). Punjab follows with 35 daily deaths and Kerala reported13 deaths in the last 24 hours.

As the number of Covid-19 cases is rising across the country, the Centre has sounded a word of caution for states. The Central Government said that the pandemic seems to be shifting to Tier II, Tier III cities and closer to rural areas.

Health Ministry Secretary Rajesh Bhushan said that 70 districts in 16 states have witnessed an increase of cases by more than 150 per cent from March 1 to march 15.

So far, 3.7 crore doses of corona vaccine have been administered in the country since the drive began on January 16 after approval for ‘Covishield’ and ‘Covaxin’.

More than 14 lakh doses were administered on a single day on Wednesday.