The mines are located in five states since coal mines auctions started in Chhattisgarh, Jharkhand, Madhya Pradesh, Maharashtra and Odisha. 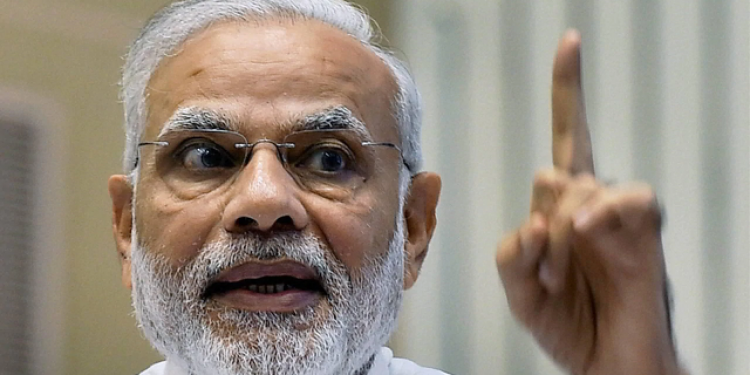 New Delhi, Aug 3 (Aryavarth): The government has restricted participation of companies from countries sharing a land border with India in the ongoing auction of coal mines for commercial extraction by the private sector.

The Coal Ministry has issued a corrigendum to the tender document issued for commercial coal mining, bringing out the fact that though 100 per cent FDI, under the automatic route, is permitted in the new activity, investment proposals or bids from countries sharing a land border with India will only done through the government route. This would mean such proposals will first be vetted by the government before any participation is allowed.

Also, proposals from companies, where the beneficial owner is situated in or is a citizen of any such country sharing a land border with India, will also have to go through the government route.

Further, the tender document has clarified that a citizen of Pakistan or an entity incorporated in Pakistan can invest, only under the government route, in sectors/activities other than defence, space, atomic energy and sectors/activities prohibited for foreign investment.

The Coal Ministry has issued the clarifications, so that investors know about their eligibility before placing the bid and are not caught unawares later.

The government, through Press Note 3 of 2020 issued earlier, had put all investment from countries sharing a land border with India under the government approval route. The exercise was largely to check proliferation of Chinese companies in India’s critical and sensitive sectors. Later, the border clashes between India and China in Ladakh created a ground where official agencies are looking at further measures to check investment and imports from the neighbouring country.

In all, 41 mines with a total geological coal reserve of 17 billion tonnes are on offer under the first phase of commercial coal mine auctions. These include both large and small mines with peak rated capacities (PRC) ranging from 0.5 to 40 million tonne per annum (mtpa) of coal. The cumulative PRC of all mines is 225 mtpa. Of these, the Centre is withdrawing one mine of Bander in Maharashtra as it falls under an eco-sensitive zone and has also considered the Chhattisgarh government’s request to replace four coal blocks marked for auction for commercial mining.

The mines on offer are largely fully explored ones, meaning that these could be brought to production immediately. Moreover, four coming coal mines on offer are those which could provide inputs to the steel sector. The mines are located in five states since coal mines auctions started in Chhattisgarh, Jharkhand, Madhya Pradesh, Maharashtra and Odisha. The commercial coal mining auctions are completely different from earlier regimes of restricted sectors, use and price. Now there are no such restrictions at all.

The coal block auction has so far received good response from the investors with a lot of inquiries from both Indian and global mining, metal and energy companies.