Yogi to lead BJP’s attack in Bengal on Tuesday

The party is planning a long schedule of Yogi Adityanath's election tour in the coming days. 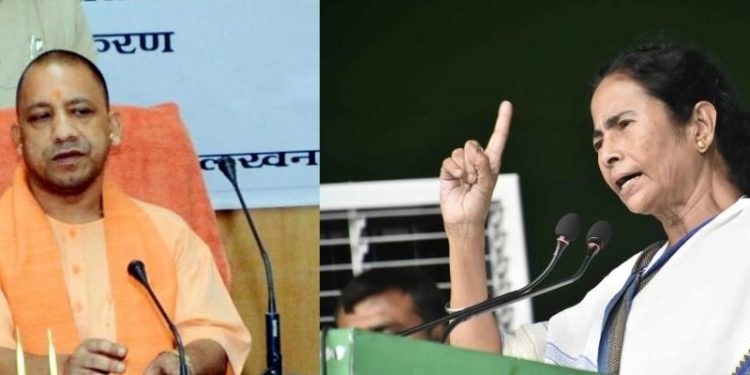 499
VIEWS
Share on WhatsappShare on FacebookShare on TwitterShare on Telegram

The BJP is preparing to launch a monumental attack on West Bengal Chief Minister Mamata Banerjee’s political fort and party sources claim that this will be one of the biggest election rallies in West Bengal.

The party is planning a long schedule of Yogi Adityanath’s election tour in the coming days.

Adityanath is expected to give a glimpse of the development model he has followed in Uttar Pradesh to the voters in West Bengal, which is mired in poverty and backwardness.

The BJP’s strategy, apparently, is to respond to the ruling Trinamool Congress and their leaders in an aggressive manner.

Yogi’s aggressive campaigning style and influence on Hindu votes is expected to turn tables in favour of the BJP.

The Yogi model of dealing with mafias and criminals in Uttar Pradesh, enrichment of cultural heritage and self-reliance in economy, are expected to be the main talking points of his speech in West Bengal, sources said.

Yogi Adityanath, it may be recalled, was the only chief minister of the BJP, who campaigned in the municipal elections in Hyderabad. The effect of his election campaign was also seen in the election results. The BJP won 48 seats and pushed Owaisi’s party to number three position.

Earlier in the Bihar elections, people had seen Yogi Adityanath’s prowess as a campaigner. He influenced the results on more than 75 seats in Bihar elections by 19 meetings in 17 districts.