No compromise on quality standards: Goyal

Stressing on the need to create a global standard in the country, he directed the BIS DG to form a consumer charter to bring high level of transparency in the certification process and inspection. 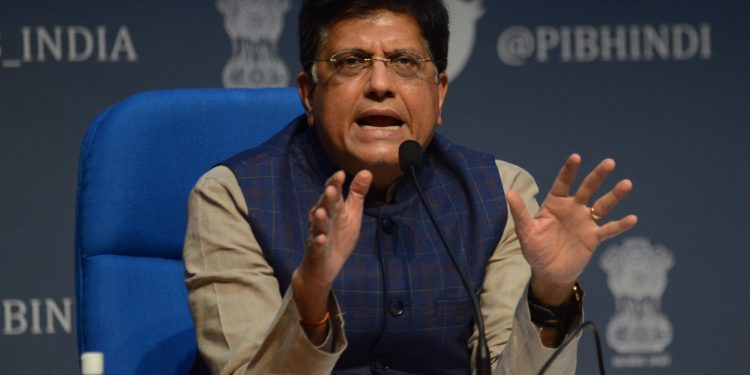 367
VIEWS
Share on WhatsappShare on FacebookShare on TwitterShare on Telegram

New Delhi,(Aryavarth) Union Consumer Affairs and Food and Public Distribution, Railway and Commerce and Industries Minister Piyush Goyal while presiding over the third Governing Council meeting of the Bureau of Indian Standards (BIS) said that there will be no compromise with the quality standards of the projects which are exported and strict action will be taken against people who demand bribe for doing any work related to quality standards.

Stressing on the need to create a global standard in the country, he directed the BIS DG to form a consumer charter to bring high level of transparency in the certification process and inspection.

He told the officials, “If someone takes bribes in FSSAI, QCI or BIS, he or she is causing a loss to the country, because our goods go abroad and get rejected there, the country’s reputation is at stake. So we can’t compromise on the standards.”

The Union Minister said, “Our standards should not be less than the global standards and if they are below those standards then they should be upgraded. If the standards will be high then the goods won’t get wasted in the international market and hence the domestic industry will be benefitted.”

Asking the officials not to make low quality goods, Goyal said, “High quality and high standard goods will be sold in India as well as globally. No low quality products will be procured by the government.”

He directed his office to send a letter to the state governments informing them to set the Indian standards in government procurement.

He said, “It is really satisfactory that the Railways is linking its standards with the BIS. We have to successfully implement the ‘One Nation, One Standard’ vision of Prime Minister.”

He asked the BIS Director General to connect other agencies, which have testing standards, with the BIS the way Railways is doing.

He said that during the initial years, the standard test fees for MSMEs, startups and women entrepreneurs should be reduced so as to encourage them to authenticate their products and also promote commercial convenience.

The Union Minister directed the BIS to extensively expand and modernise the testing laboratories so that entrepreneurs do not face any difficulty in testing and standard certification.