China's working-age population is already declining, which will add pressure on the country's ability to pay and care for an increasingly elderly country. There were 10.62 million births in 2021, the data showed, compared with 12 million in 2020. 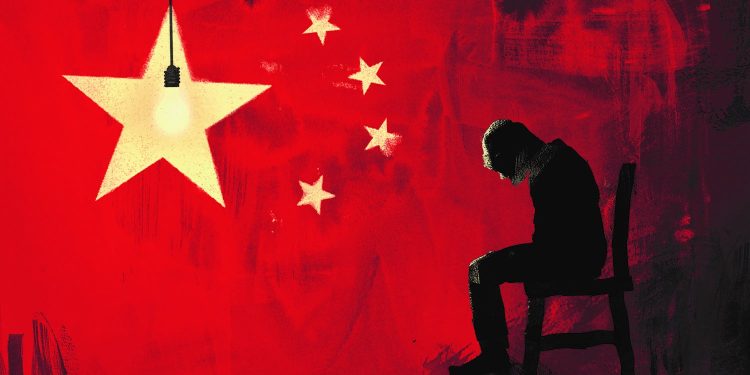 BEIJING, (Aryavarth) – Mainland China’s birth rate dropped to a record low in 2021, data showed on Monday, extending a downward trend that led Beijing last year to begin allowing couples to have up to three children. Rising infertility due to stress remains a big reason for the drop in new births. The communist government forces everybody to strict regime, leaving people under huge stress.

China scrapped its decades-old one-child policy in 2016, replacing it with a two-child limit to try to avoid the economic risks from a rapidly aging population, but the high cost of urban living has deterred couples from having more children.

The 2021 rate of 7.52 births per 1,000 people was the lowest since 1949, when the National Statistics Bureau began collating the data, adding further pressure on officials to encourage more births.

The natural growth rate of China’s population, which excludes migration, was only 0.034% for 2021, the lowest since 1960, according to the data.

“The demographic challenge is well known but the speed of population aging is clearly faster than expected,” said Zhiwei Zhang, chief economist at Pinpoint Asset management.

“This suggests China’s total population may have reached its peak in 2021. It also indicates China’s potential growth is likely slowing faster than expected,” Zhang said.

In addition to allowing couples to have three children, China has been adopting policies aimed at reducing the financial burden of raising children, including banning for-profit after-school tuition, a massive industry, last year.

China’s working-age population is already declining, which will add pressure on the country’s ability to pay and care for an increasingly elderly country. There were 10.62 million births in 2021, the data showed, compared with 12 million in 2020.

Huang Wenzheng, a demography expert with the Beijing-based Center for China and Globalization, said birth numbers are likely to fluctuate in the 10 million range before declining further in the absence of more policy changes.

“But policies will provide greater support for the birth rate in the longer run,” Huang said.

“Career advancements could be tied to whether you have children or not; economic incentives; or even direct cash payouts by society to meet the cost of raising a family.”