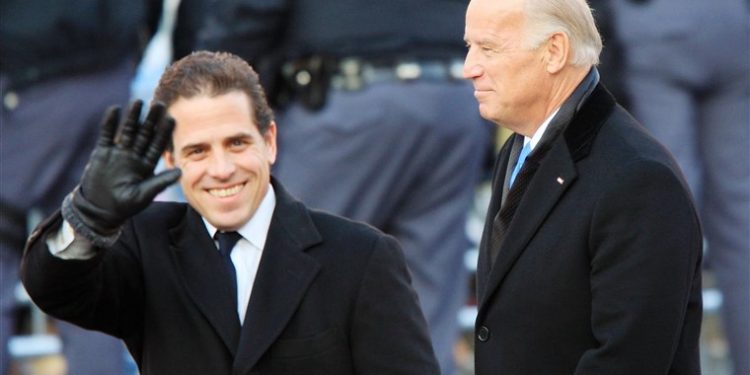 NewYork ( Aryavarth) Democratic presidential candidate Joe Biden on Tuesday repeatedly denied at the first presidential debate that his son Hunter Biden got $3.5 million from the wife of Moscow’s former mayor.

Vice President Joe Biden’s son was booted from the Navy Reserve because he tested positive for drugs, it was revealed on Thursday. A U.S. official told NBC News that Hunter Biden was kicked out of the Reserve earlier this year after he failed a drug test.

The official said Biden failed the test in 2013, but he was not kicked out until Feb. 14 of this year. Senior U.S. officials told NBC News that Biden, 44, tested positive for cocaine. The Wall Street Journal first reported the incident.

“And also while we’re at it: Why is it, just out of curiosity, the mayor of Moscow, his wife, gave your son $3.5 million?” Trump said, referring to a bombshell allegation in an 87-page report from the Senate Homeland Security and Governmental Affairs Committee.

Elena Baturina, the richest woman in Russia and the widow of Yury Luzhkov, the former mayor of Moscow, allegedly made the transfer in 2014.

“What did he do to deserve it?” Trump pressed Biden. “What did he do with Burisma to deserve $183,000?” he added, referring to the Ukraine energy firm that employed Biden’s son while Joe Biden led the Obama administration’s Ukraine policy.
see also

Trump’s request that Ukraine investigates the dealings of the former vice president and his son resulted in his impeachment by House Democrats in December. Republican senators acquitted Trump in February of abusing his power and obstructing Congress.

Hunter Biden reportedly earned $83,333 a month on the Burisma board.

Biden retorted, “That is not true.”

“It is not a fact. It’s been totally discredited,” Biden said.

“My son didn’t, did nothing wrong with Burisma … He [Trump] doesn’t want to let me answer because he knows I have the truth,” Biden said.

“He stood up and he threatened Ukraine with $1 billion if you don’t get rid of the prosecutor … you’re on tape doing it,” Trump said of Biden’s withholding of loan guarantees to force out a prosecutor.

“That is absolutely not true,” Biden said.

In a subsequent exchange, Biden cited Sen. Mitt Romney (R-Utah) as questioning the partisanship of the Senate report that alleged a $3.5 million payment to his son. Romney was the only Republican to vote to remove Trump from office.

Hunter Biden, 50, is a recovering drug user and father of four, including a child whose fatherhood was recently determined in a court case. He briefly dated his late brother Beau Biden’s widow and last month introduced his father at the Democratic National Convention.

“Hunter got thrown out of the military. He was thrown out, dishonourably discharged for cocaine use. And he didn’t have a job until you became vice president … he made a fortune in Ukraine and China and Moscow and various other places,” Trump insisted in the second clash over Hunter Biden.

“Not true!” Biden barked over each allegation.

“Well why was he given tens of millions of dollars?” Trump said.

“He wasn’t given tens of millions of dollars. That is totally, totally discredited,” Biden said.

Wallace, the debate moderator, ended the exchange by saying, “I think the American people would rather hear about more substantial subjects.” 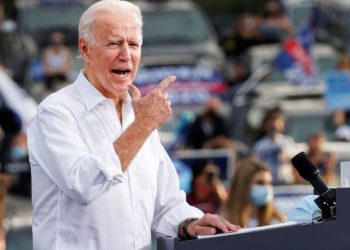 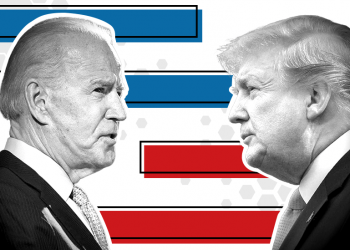 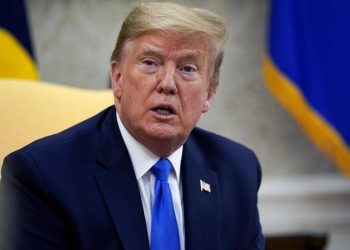