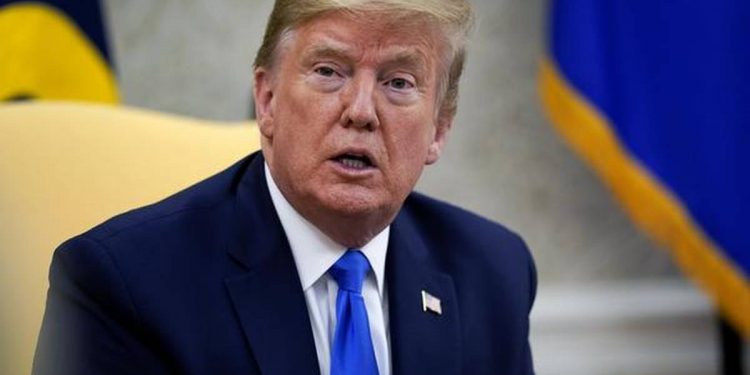 1.2k
VIEWS
Share on WhatsappShare on FacebookShare on TwitterShare on Telegram

Washington DC (Aryavarth): US President Donald Trump on Thursday (local time) said that he will ensure that Americans soon receive the same experimental medication from Regeneron which he received as a part of the Covid-19 treatment at Walter Reed National Military Medical Center and that too free of cost.

Trump said that his use of the medication from Regeneron Pharmaceuticals had allowed him to experience first-hand how effective and powerful it could be against the disease.

“I want to get you the same care that I got, I got incredible treatment at Walter Reed Medical Center, with incredible doctors, and this one medicine, in particular, was unbelievable. You are going to get the same medicine, and you are going to get it free, and soon. The medicine is made by a number of companies its totally safe, but it is powerful against this disease,” Trump said in his video address, posted on Twitter.

He further said that he will ensure that the experimental therapy from Regeneron Pharmaceuticals Inc should get approval from U.S. Food and Drug Administration to be used for the treatment of COVID-19 in hospitalized patients.

“I went to the hospital a week ago and I was very sick, and they gave me a drug called Regeneron, and it was incredible, I could have walked out the following day. We are going to make that medicine and others that are almost identical, available immediately, we have an emergency use authorization that I want to get signed immediately,” said Trump.

Trump mentioned that the nation was making tremendous progress with the COVID-19 pandemic, and will make medicines available to the public very soon.

“We are making tremendous progress with this horrible disease that has been sent over by China. China will pay a big price for what they did to the world and us, but we have medicines right now, and I call them a cure,” he added.

Trump further lauded U.S. Food and Drug Administration (FDA’s) role while dealing with the pandemic, and credited himself for making that happen.

“The FDA has moved on a level they have never moved before, things that would take 2-4 years, are now taking a matter of weeks and even sooner than that, and that is because of me,” he said.

Trump also targeted his opponent Joe Biden, claiming that he had done more work in 47 months than Biden had done in 47 years.

“He had his chance with H1N1 swine flu, which was one of the greatest disasters, he did not know what he was doing, but I do know what I am doing,” added Trump.

On Monday, Trump returned to the White House after departing from Walter Reed National Military Medical Center, where he was admitted for treatment of Covid-19.