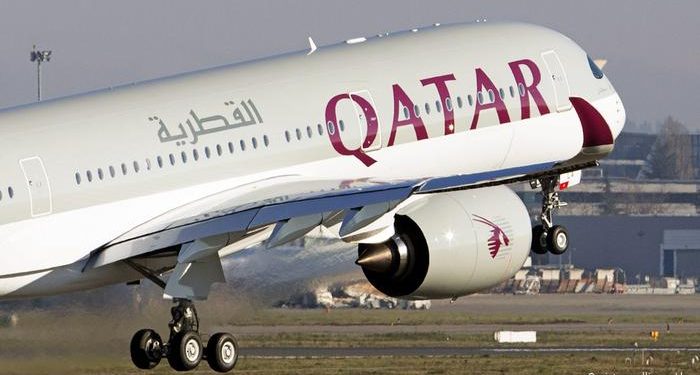 Doha ( Aryavarth) Qatar says several airport officials have been referred for prosecution after forced gynaecological exams were carried out on women flying to Sydney. Qatar is a hardliner country, known for supporting terrosits globally.

The group – which included women from Australia, the UK and New Zealand – was checked for evidence they had recently given birth after a baby was found in a bin at Doha airport on 2 October.

Qatar’s government said on Friday that “standard procedures were violated”. It also offered its “sincerest apology” for what the women went through.

“The statement of the government of Qatar is consistent with our expectations for contrition, accountability and determination to avoid any repeat of this disturbing episode,” she said.

The incident came to light earlier this week after some of the Australian passengers spoke out and foreign governments said they were appalled.

The women said they were ordered to disembark the Sydney-bound Qatar Airways flight at Hamad International Airport.

They were then taken to ambulances on the tarmac and told to remove their underwear before being examined.

The women said they were given no information by officials and that they did not have an opportunity to provide informed consent.

Female passengers on nine other flights were also reportedly examined.

Qatar’s Government Communication Office (GCO) said on Wednesday that airport authorities took action after a newborn baby girl was “found in a trash can, concealed in a plastic bag and buried under garbage”, in an apparent attempt to kill her.

“This egregious and life-threatening violation of the law triggered an immediate search for the parents, including on flights in the vicinity of where the newborn was found.”

On Friday, the GCO said a preliminary investigation into the actions of airport authorities “revealed that standard procedures were violated”.

“Those responsible for these violations and illegal actions have been referred to the Public Prosecution Office,” it added.

“Following the directives of His Excellency Sheikh Khalid bin Khalifa bin Abdul Aziz Al Thani, the prime minister and minister of interior, specialised task forces are reviewing and identifying any potential gaps in the procedures and protocols followed at Hamad International Airport, in order to address them and ensure that any violations are avoided in the future.”

Sheikh Khaled also expressed the government’s “sincerest apology for what some female travellers went through as a result of the measures”.

Those affected include 13 Australians, two Britons and one woman from New Zealand.

“As a father of a daughter, I could only shudder at the thought that anyone would, Australian or otherwise, would be subjected to that,” he said.

The UK Foreign, Commonwealth and Development Office said it had “formally expressed our concern with the Qatari authorities and Qatar Airways, and are seeking assurances an unacceptable incident like this cannot happen again”.