South Africa is seeing a dramatic rise in COVID-19 cases 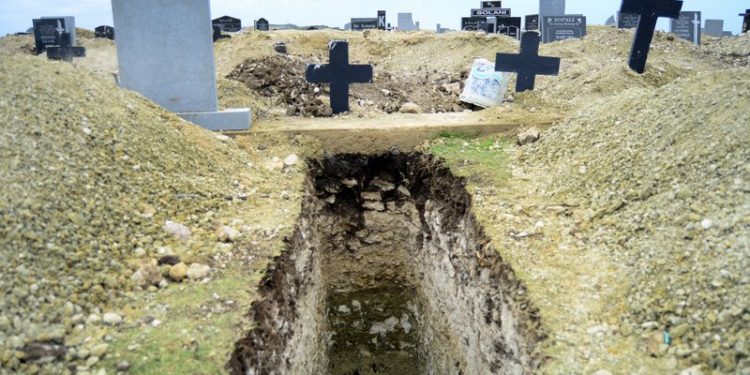 “It is important for us to recognize that this now is a second wave,” said Mkhize in a statement. “There is going to be exponential growth. This means we must expect faster-rising numbers with a higher peak, possibly, than the first wave.”

South Africa’s new wave is likely to spike so quickly that it could overwhelm hospital capacities in some regions, he warned.

South Africa’s surge highlights that a new wave of the disease is sweeping across Africa, John Nkengasong, the head of the Africa Centers for Disease Control and Prevention, said Thursday.

The country has a cumulative total of 828,598 cases of COVID-19, including 22,574 deaths. South Africa accounts for more than 35% of all reported cases in Africa, a continent of 54 countries and 1.3 billion people.

South Africa’s cases are expected to increase as people travel around the country for the festive season and fail to adhere to prevention measures such as wearing masks and social distancing, said Mkhize.

Young South Africans are the drivers of the new wave, said Mkhize, pointing out that the largest number of new cases is in the 15-to-19 age group. This has been blamed on a large number of young people attending parties, where they consume alcohol and do not wear masks or maintain a social distance.

“This inevitably leads to superspreader events which spill over into the rest of the country as this age group is highly mobile and the majority of the carriers are asymptomatic,” said Mkhize.

Earlier this week South Africa identified rage parties — large, private, end-of-year graduation parties — as superspreader events and ordered those who attended them to immediately go into a 10-day quarantine.

South Africa has eased tough lockdown regulations as it attempts to resuscitate its economy, which was battered by the two-month lockdown in April and May that shut most parts of the economy and caused an economic downturn, increasing unemployment and hunger in the world’s most unequal country.

South Africa has reopened to international travel and lifted restrictions on the sale of alcohol.

However, tougher restrictions have been imposed for the metropolitan area of Nelson Mandela Bay in the Eastern Cape province, which was identified as a hotspot for the virus.

South Africa is among countries seeking to secure a safe vaccine for its population, with the government’s Solidarity Fund announcing that it has the equivalent of $21 million to purchase the first batch of doses.

The country is also participating in the clinical trials of the vaccine developed by Oxford University and AstraZeneca that has been announced to be 70% effective.