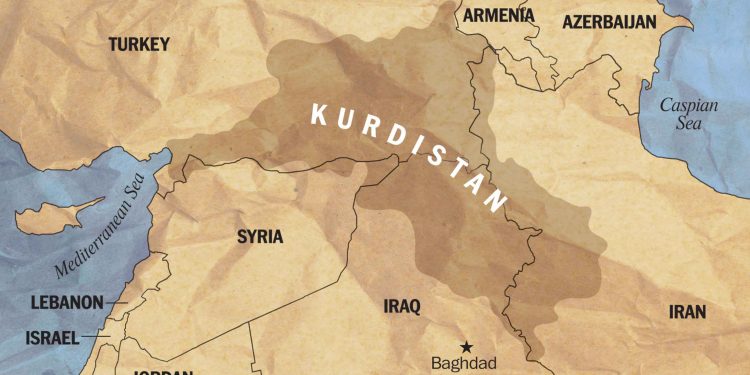 Washington( Aryavarth) Modern Turkey arose nearly one hundred years ago against the backdrop of European efforts to divide the Anatolian Peninsula. This fact drives both Turkey’s collective paranoia and its xenophobia. Its nightmare is a Kurdish secession. While the PKK and its offshoot groups long ago abandoned this goal in favor of localized autonomy, Turkish president Recep Erdoğan’s penchant for instigating fights with neighbors and regional states may soon make Turkey’s fears a self-fulfilling prophecy.

Turkey’s problem with its Kurdish problem has existed almost as long as the Turkish Republic itself: Just two years after Turkey’s 1923 founding, Kurds rose up in the Sheikh Said rebellion in opposition to the abolition of the caliphate. In 1927, İhsan Nuri Pasha declared the Republic of Ararat, a small Kurdish state in far eastern Anatolia along the Iranian and Armenian borders. Mustafa Kemal Atatürk, modern Turkey’s first president, ordered that entity crushed.

Erdogan Whining Like A Dog, After French Publish His Cartoon

Both the Turkish army and air force responded with brutal efficiency over the next three years. In 1936, another Kurdish rebellion erupted in Dersim in protest of forced Turkification and mandatory relocation in order to dilute demographically non-Turkish identities. Once again, the Turkish army crushed the uprising. In each case, Kurds could justify their uprisings in specific grievances beyond simply national identity, but their revolts simply reinforced the Turkish government’s distrust of any expression of Kurdish identity.

The Turkish government’s antipathy to Kurdish identity ossified after Atatürk’s 1938 death. Successive governments in Ankara ignored Kurdish-populated areas as they modernized Turkey’s economy. Turks accepted Kurds, but only when the Kurds foreswore their own ethnic and cultural identity.

Over subsequent decades, Turkey suffered its share of political instability. Some Kurds took part, but political violence usually occurred in the framework of left- versus right-wing extremists. It was in this context that the future Kurdistan Workers Party founding member (Partiya Karkerên Kurdistan, PKK) Abdullah Öcalan got his start. He eventually grew to resent the subordination of Kurds in the so-called class struggle and formed the PKK to rectify this. Öcalan officially launched the PKK insurgency in 1984, as often targeting rival Kurds as Turks.

The United States offered blind support to Turkey in its fight against the PKK. The PKK was a Marxist group and, in the Cold War context, that trumped everything. While both the PKK and supporters of its off-shoot groups in Syria might engage in historical amnesia, the group did also engage in brutality and terror inside Turkey. Curiously, it would be thirteen years—and against the backdrop of a Clinton-era arms sale—before the State Department would formally designate the group to a terrorist entity. It was an anti-climactic and perhaps even counterproductive action: Not only did its timing suggest motivations other than an objective assessment of terrorism, but the collapse of the Soviet Union and the end of the Cold War had also changed the group’s reality. Under President Turgut Özal, the Turkish government had begun to reform with an eye toward a deal. Özal’s premature death scuttled that effort, but Öcalan’s 1999 capture forced the group to move in new directions.

Turkish President Recep Tayyip Erdoğan himself authorized secret outreach in 2012, but ultimately broke off his talks after many Kurds in Turkey voted for the Peoples’ Democratic Party (HDP) rather than his own Justice and Development Party (AKP). The Turkey-PKK peace process did have some success to show for its negotiators’ efforts: An interim agreement saw the PKK lay down their arms inside Turkey and many fighters move to Syria.

In recent years, the group’s evolution has been pronounced: The vacuum caused by the Syrian civil war gave Syrian Kurds the opportunity to self-govern. They succeeded remarkably; while some critics in Washington think-tanks depict the group as unrepentant Marxists, these scholars have apparently never bothered to visit the polities about which they opine. Kurdish self-governance may be a lot of things, but it is not Marxist.

The Kurds have also suffered a trial by fire: Kurdish-dominated militias largely defeated Al Qaeda groups in northeastern Syria and were also indispensable in the ground fight against the Islamic State. Turkish authorities often draw moral equivalence between the Islamic State and Kurdish groups but this falls short for two reasons: First, there is overwhelming evidence that Turkish government employees, the Turkish intelligence service, and members of Erdoğan’s own family supported, supplied, or did business with the Islamic State. Second, after the Turkish government pressured Belgian security to arrest several Kurdish activists on terrorism charges, a Belgian court heard evidence and found that Turkey’s labeling of the PKK and associated groups as terrorist entities was inaccurate; rather, the court found, the PKK was simply “a party in a noninternational armed conflict.”

As Turkey’s economy teeters, Erdoğan has become increasingly belligerent toward his neighbors. Bombing Iraq—especially the largely Yazidi Sinjar area—has become a frequent occurrence. Turkey airlifted Islamic State veterans to Libya and has violated Libya’s arms embargo multiple times. Turkey justified its invasion of northern and eastern Syria as creating a safe-haven but, in reality, it has instead become a zone for anti-Kurdish ethnic cleansing.

Now Erdoğan is threatening Greece. “When the moment for a decision comes, and I say this clearly, those who stand against Turkey at the expense of jeopardizing the security and prosperity of its citizens, have to pay a heavy price,” Erdoğan said on September 7. Mesut Hakkı Caşın, a close Erdoğan advisor, threatened, “Our pilots will soon shoot down five or six of them [Greek warplanes] and we will enter into a war.” He suggested Turks would then bayonet the pilots.

Turkey is lucky that for decades, the only outside force providing significant assistance to the PKK was Syria, perhaps with the blessing of the Soviet Union and, after its collapse, Russia. Saudi officials now visit North and Eastern Syria openly. While U.S. weaponry provided to the Syrian Defense Force is directed to the group’s fight against the Islamic State insurgency, potential Saudi assistance to the Kurds would not be so limited. Nor would by Egyptian assistance: Cairo remains convinced that Erdoğan’s purpose in supporting Libya’s Islamist government is ultimately to render aid to the Muslim Brotherhood and threaten Egyptian security. Add Greece into the mix, and Kurdish insurgents in Turkey may soon have at their disposal the type of weaponry and funding about which in the past they could only dream.

Nor would the PKK have to be complicit; the group really has appeared to have turned a new page from its past goals and behaviors. But like many terrorist groups of the past, the PKK also has factions and splinter groups such as the Kurdistan Freedom Falcons (TAK) are not as reticent as Öcalan has become.

Turkish nationalists might react with umbrage and bluster, but they should also be realistic: Erdoğan is erratic and increasingly reckless. To pick one fight is bad; to pick simultaneous ones is idiotic: Once other countries even covertly begin supporting the Kurdish insurgency in Turkey, there will be no turning back. Any Turk who buys into Erdoğan’s bombast and regional aggression is not enabling Turkish greatness as Erdoğan’s enablers may claim, but rather its ultimate partition.

Erdogan Whining Like A Dog, After French Publish His Cartoon 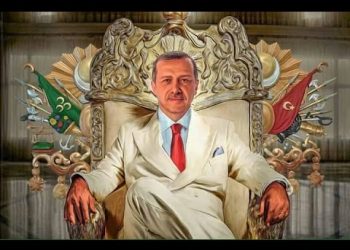