Lee and 10 other current and former Samsung executives were indicted by South Korean prosecutors last month over the merger of two Samsung affiliates that helped Lee assume greater control of the group’s flagship Samsung Electronics 005930.KS.

Lee, 52, did not attend the preparatory hearing at the Seoul Central District Court.

Samsung Group heir apparent and Samsung Electronics vice chairman Lee has already served jail time in connection with a separate case, and the latest proceedings raise legal risks for South Korea’s biggest conglomerate, including the possibility that he may be jailed again.

Lee’s attorney denied the allegations in court on Thursday, saying that the merger and the accounting process that the prosecutors have taken issue with were part of normal management activities.

Lee was in Vietnam earlier this week to meet with Prime Minister Nguyen Xuan Phuc and discuss investments, according to Vietnamese state-run newspaper Nhan Dan.

Prosecutors wanted Lee arrested in connection with the case, but a Seoul court denied their request for a warrant in June.

According to a copy of the prosecutors’ indictment document seen by Reuters, prosecutors allege Lee and others’ involvement in the $8 billion merger of affiliates Samsung C&T 028260.KS and Cheil Industries included illegalities such as unfair transactions and market price manipulation that sought gain at the expense of minority investors.

Lee’s attorneys, in an earlier statement, called the indictment “unjust” and a “one-sided argument by the investigation team not based on evidence and legal principles”.

The separate case Lee is involved in concerns his role in a bribery scandal that triggered the impeachment of former South Korean President Park Geun-hye. That case too will have a hearing next week, according to the Seoul High Court. 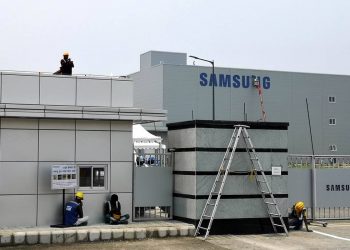