Here Is a List of Indians Running For US Congress Elections 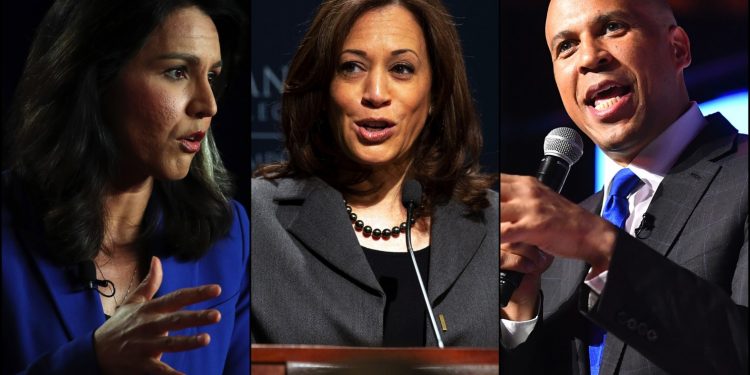 New York, Nov 3 (Aryavarth) Kamala Harris, who is of part Indian origin, is at the top of the ballots as the Democratic Party’s presidential candidate, but there are several Indian Americans running for elected offices in the elections that concluded Tuesday.

The four members of the House of Representatives — Ami Bera, Ro Khanna, Pramila Jayapal and Raja Krishnamoorthi — are all running for another term as Democrats and are almost assured of victory.

There are two strong contenders to join them, Sri Preston Kulkarni in Texas and Hiral Tipirneni in Arizona, both Democrats, who have been putting up a strong fight against their Republican contenders.

Kulkarni, whose father is Indian and mother White American, is a former diplomat.

Tipirneni is a doctor.

Nisha Sharma, a real estate agent, is running for the House from California as a Republican with little chance of victory in a Democratic constituency.

Harris will not be in the Senate if she wins the Vice Presidency.

But Sara Gideon, the speaker of the Maine State House of Representatives, is running for the Senate against sitting Republican Senator Susan Collins, with a six per cent lead, according to RealClear Politics.

If Gideon wins, she will narrow or contribute to flipping the Republican Senate majority.

Rik Mehta is the Republican challenger to Senator Corey Booker for the seat from New Jersey. But Mehta is behind by 30 per cent.

There is another candidate with Indian heritage, Sunil Freeman, running for vice president as the candidate of the Party of Socialism and Liberation, a radical left-wing group, whose electoral run is symbolic rather than substantive.

Indian Americans are also on the ballot for state legislatures.

Republican Niraj Antani, who served three terms in the Ohio State House of Representatives, is running for state Senate.

In New York, Kevin Thomas, a sitting state senator is running for re-election with a big advantage in a constituency that favours the Democratic Party.

Film-maker Mira Nair’s son Zohran Mamdani is assured of victory in his run for New York State Assembly, as is fellow-Democrat Jenifer Rajkumar, both running from party strongholds.

Democrat Padma Kuppa is running for re-election to the Michigan State House of Representatives.

Republican Manga Anantatmula is challeging a sitting Democratic member of the Virginia State House of Representatives.

Democrat Kumar Barve, who became the first Indian American to be elected to a state legislature in 1990, is serving a four-year term as a member of the Maryland House of Delegates and does not have an election this year.

Scores of Indian Americans are running for local administration councils as well as bodies like the school boards that are the stepping stones for political involvement.