Here comes into action the 'Namaste' which lets you maintain a distance of at least a meter and wish someone with pleasure. Hence, a Namaste can never cause a contagion whereas the English greetings or Muslim embracing can. 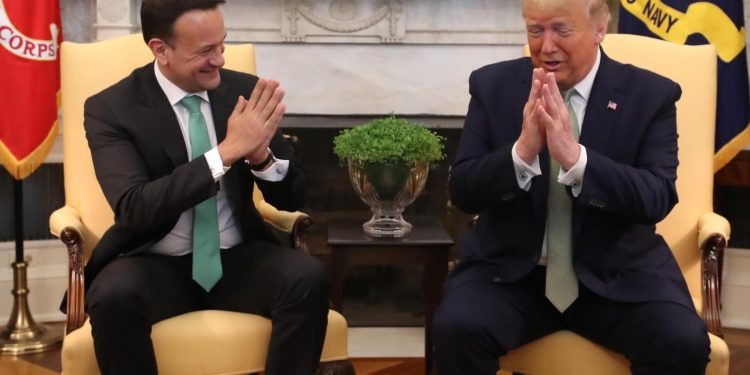 Bengaluru, (Aryavarth). The corona virus outbreak is proving to be an eye opener for human beings globally. The nature which has always been on the receiving end and has been accepting the unfavourable ways in which we were dealing with it has now got the opportunity to heal itself.. The lock down being administered by most of the countries across the globe is an indicator that we humans need to learn to coexist with all other creatures on the Earth. India with its rich past has always advocated hygienic habits of living.

Be it proper cooking of food, washing the exposed parts of the body thoroughly after entering the house from outside, doing a namaste to greet instead of handshakes, hugs, kisses and cremating the dead by burning. Now the world leaders are listening to the advisory who has appealed not to shake hands, embrace, hug or kiss given that each of these greetings, compliments, good wishes is prone to the outbreak of the virus. Here comes into action the ‘Namaste’ which lets you maintain a distance of at least a meter and wish someone with pleasure. Hence, a Namaste can never cause a contagion whereas the English greetings or  embracing can.

Namaste has its origin in the Vedic phrase ‘Namah stute’.‘Namah stute’ means I bow down in front of you & worship you. This phrase can be found in many scriptures as rishis and devotees used to show their respect to God by saying this. This was used only for God or his representatives. But with the passage of time this changed into the present form of namaste which is more like ‘hello’? It has something to do with the idea of paramatma.

In the Upanishads, we will get to know that God resides in everyone in the form of paramatma. Paramatma again is addition of two words param meaning great and aatma means self. Now since paramatma is in everyone’s heart, with the rise of Bhakti movement people began glorifying this fact. Great Saints like Tukaram, Chaitanya Mahaprabhu, Shankar Dev, Meerabai and so on, taught that each and every one of us is a part of divinity & God lives within our heart. Thus people started bowing down to the God inside each one of us. This bowing down was accompanied with Vedic phrase ‘namah stute’, but in a slight variation of namaste.Similarly, in different regions of India one can find different variations of ‘namah stute’ or similar Vedic greeting towards God (do comment if you know any local variant). Namaskar is similarly a variation of the word namaskuru which means to bow down in front of someone.This proves how great and tightly knit Indian culture was.

How effective is ‘namaste’ to contain the spread of Covid-19

Today in this busy world with numbers of meetings to be attended and people to be met, a professional or an official has to shake hands in order to greet or show gratitude.Meanwhile, WHO declared that people can catch COVID-19 from others who are carrying the virus. The disease can spread from person to person through small droplets from the nose or mouth which are spread when a person with COVID-19 coughs or exhales. These droplets land on objects and surfaces around the person. Other people then catch COVID-19 by touching these objects or surfaces, then touching their eyes, nose or mouth. People can also catch COVID-19 if they breathe in droplets from a person with COVID-19 who coughs out or exhales droplets. This is why it is important to stay more than 1 meter (3 feet) away from a person who is sick. And also it is mandatory to have least contact with others, because one may carry the germ even without showing any symptoms. So doing a namaste while meeting somebody is the primary thing one can adopt to remain safe without hurting others.

The trend of Namaste started around the world, when amidst the Covid-19 scare, US President Donald Trump and Ireland Prime Minister Leo Varadkar greeted each other in the traditional Indian way of ‘namaste’ at the White House. When asked by the reporters how they had greeted each other both of them joined their hands and showed the namaste pose. Trump also added that while he was on a visit to India he greeted everybody with a namaste and that it is a hygienic way to show respect and reverence. He said that even Japan, where bowing down is practised to greet someone is a very good practice to maintain social distancing. He stated clearly that both India and Japan stand ahead of the curve and their way of greeting will somehow help to prevent themselves from the contagious virus.Recently when Trump visited India , a grand event was organised in Ahmedabad’s Motera stadium and it was named as ‘Namaste Trump’. The event was gracefully addressed by both Prime Minister Modi and Donald Trump.

Prince Charles rectifies his mistake in a hurry

It can sometimes be difficult for people to get out of the habit of greeting someone with a handshake, as it happened with Prince Charles The Prince of Wales stepped out to the Prince’s Trust Awards in London on March 11. When he got out of the car, he automatically extended his hand to Sir Kenneth Olisa, The Lord-Lieutenant of Greater London, in greeting.

But,quickly realized his error and opted for a “namaste” greeting, bowing down slightly and enclosed his hands in a prayer-like gesture.Photographers captured the exchange between the men in which they appear to share a quick laugh over the mishap.Prince Charles continued on the red carpet and habitually extended his hand again to another attendee, the chairman of the Prince’s Trust John Booth, but quickly reverts back to a namaste greeting.

Later on when asked about the same he said,”It’s just so hard to remember not to,”. But he admitted that he has adopted the namaste gesture as a contactless form of greeting in light of COVID-19. Similarly,Prince Harry offered an “elbow bump” gesture while greeting Craig David at the Commonwealth Day Service at Westminster Abbey.

Recently,German Chancellor Angela Merkel was attending a summit in Berlin. As she arrived at the meeting, she extended her hand towards the Federal Minister of the Interior of Germany for a handshake and in turn got snubbed by him.A clip on social media twitter is doing the rounds where the Federal minister, Horst Seehofer smiled and refused to shake hands with the Chancellor and kept his hands to himself.In the end, both can be seen laughing, as Merkel throws her hands up in the air before taking a seat. She also said it was the “the right thing to do”.While few twittereties agreed with the minister’s reaction, others offered a desi solution – namaste, to avoid the spread of the virus.

Israeli Prime Minister Benjamin Netayahu while addressing the media about containing the spread of Covid 19 on Israeli soil pointed out loud and clear that all must embrace the Indian way greeting ‘Namaste’ so that the spread of the virus can be restricted.He addressed the media by saying “Together with the Health Minister and the professional team, I have just completed another discussion on our handling of the corona crisis,” “I say ‘crisis’ but it must be understood that we are in the midst of a global pandemic.It could be that it is among the most dangerous of such pandemics in the past 100 years.Netanyahu claimed the Namaste may help to slow the person-to-person spread of coronavirus on Israeli soil.

Macron shows the world how to remain safe while greeting

French president greeted the Spanish King and Queen heartily but being mindful of the situation right now. He replaced the traditional handshake with a Indian greeting Namaste,pressing his palms together and bowing slightly. He showed the world how to be courteous in a pleasant way after the wake of the contagious virus COVID 19.

Indian celebrities calls for Namaste instead of Handshakes

India’s ace shuttler P V Sindhu greets people with a Namaste. The 24-year old said that she would not be shaking hands during All England Open Badminton Championships in Birmingham and use ‘Namaste’ greeting instead. Salman Khan, Priyanka Chopra, Anupam Kher, Anushka Sharma, and Kapil Sharma are endorsing Namaste and have asked all their fans to greet others with a Namaste or Salaam instead of Handshakes or hugs. Actress Raveena Tandon took to twitter and corrected the channel ABC news when they said Prince Charles’ Namaste greeting as a prayer like gesture. She retweeted and asked the channel to do their homework correctly.