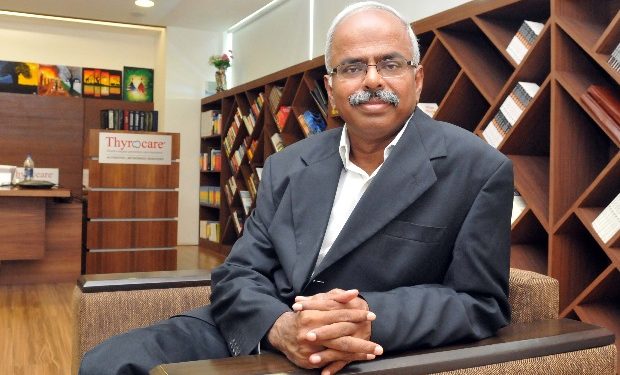 NEW DELHI (Aryavarth) – Fast but less accurate “rapid antigen tests” now account for 60% of all coronavirus tests in India, the head of a top diagnostic firm estimated on Wednesday, warning that such a high use could misrepresent the actual spread of the infection.

Antigen devices return results in about 15 minutes compared with several hours for the reverse transcription polymerase chain reaction (RT-PCR) method, a laboratory-based process which the U.S. Centers for Disease Control and Prevention calls the “gold standard here” for COVID-19 detection.

As a consequence of the reduced accuracy, India’s high use of antigen tests compared with a global use of around 10%, risked underestimating the spread of coronavirus, according to the founder of Mumbai-based Thyrocare Technologies Ltd, one of India’s top-three diagnostic chains.

“It’s a wrong scale used to assess” the extent of the spread of the virus, Arokiaswamy Velumani told Reuters in a phone interview.

Velumani said Thyrocare’s centres are now receiving only about 2,500 samples a day for RT-PCR tests, down from a high of about 7,000 in September.

The health ministry and the Indian Council of Medical Research did not immediately respond to emails from Reuters seeking comment on Velumani’s comments.

RT-PCR dominates in the United States but authorities there are planning to increase the use of antigen tests to screen people.

India’s federal health ministry has not provided a breakdown of the test methods deployed, but state and federal officials have repeatedly defended the use of antigen tests to quickly identify infections in the country of 1.3 billion people.

It has also helped India quickly ramp up its testing capacity to 1.5 million samples a day.

“There was a stigma that India was not doing enough tests,” Velumani said, noting at least that criticism was being addressed.