The hospital authorities said, "There has been a decline in the medical condition of Hon'ble Shri Pranad Mukherjee as he has developed features of lung infection." 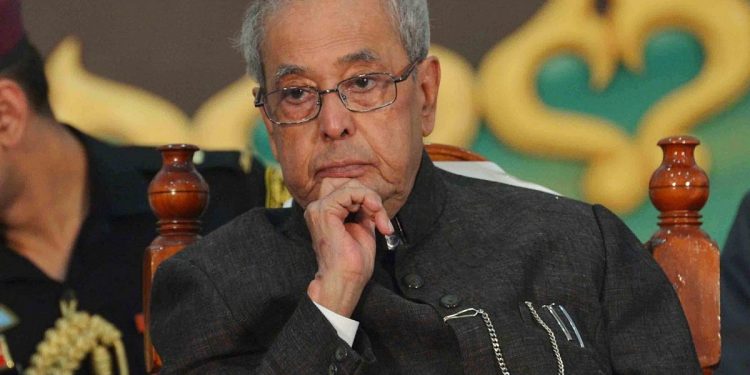 New Delhi, Aug 19 (Aryavarth) Former President Pranab Mukherjee’s health condition deteriorated on Wednesday as he developed lung infection, the Army Research and Referral Hospital said. He has been hospitalized for the past nine days and been on ventilator support following a brain surgery.

The hospital authorities said, “There has been a decline in the medical condition of Hon’ble Shri Pranad Mukherjee as he has developed features of lung infection.”

The authorities also stated that the former president continues to be on ventilator support and is currently being managed by a team of specialists.

Earlier in the day, the former president’s son Abhijit Mukherjee said that his father’s condition continued to be stable. “With all your good wishes and sincere efforts of the doctors, my father is stable now! His vital parameters continue to remain under control and manageable! Positive signs of his improvement is noticed! I request you all to pray for his speedy recovery,” Abhijit Mukherjee tweeted at 8.33 a.m.

Mukherjee was also found to be Covid-19 positive when he was admitted on August 10 for the life-saving emergency surgery for brain clot. There has been no improvement in his health status since.

The veteran leader was admitted to the hospital at 12.07 p.m. on August 10 in a critical condition.

Last week, Mukherjee’s daughter Sharmistha Mukherjee and also a Congress functionary requested and urged, especially media persons, not to call her citing that she needed to keep her phone free for any updates from the hospital.