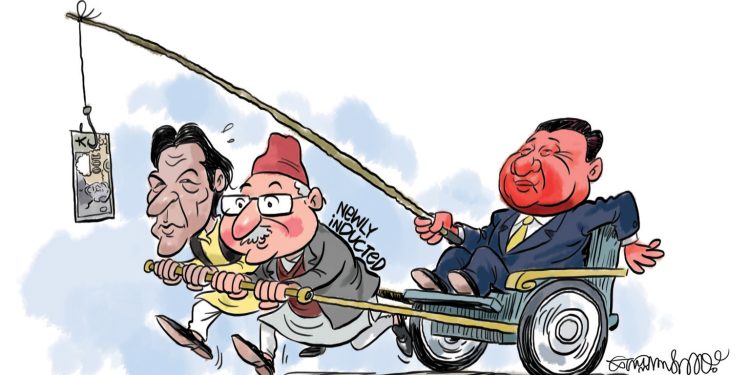 New Delhi, (Aryavarth) “Veni, Vidi, Vici,” said Julius Caesar after his swift victory at the battle of Zela in 47 BC, which translates as “I came, I saw, I conquered”. This iconic Latin phrase symbolises a swift, decisive victory in which the targeted nation capitulates completely. In the 21st century, an exemplar of this emphatic quote is Pakistan’s equally swift ceding of its sovereignty to the Chinese Communist Party (CCP).

Blinded by their jealousy of a vibrant, democratic and resurgent India, the Pakistani Deep State and CCP accelerated their bilateral relationship in the late 1980s. Pakistan’s lone support to the CCP after the Tiananmen Square protests of 1989 endeared it to the CCP and was a defining point in their relationship. The CCP realised that Pakistan was the perfect foil for their agenda: a bankrupt nation, with a corrupt polity, irreverent military and a common enemy, India.

Pakistanis, blinded by Chinese largesse to the Punjabi elites, soon defined the Chin-Pak relationship as “Higher than the mountains, deeper than the oceans, stronger than steel, dearer than eyesight, sweeter than honey [sic]”. However, this fervent bonhomie reached a crescendo with the announcement of the infamous ‘China Pakistan Economic Corridor’, or CPEC, known in Islamabad as CPCC ‘China Pakistan Corruption Corridor’.

CCP’s motivations for pushing nearly $100 Billion into CPEC are geo-strategic, and not the puerile, nationalistic arguments offered by corrupt Pakistani Punjabi elites who are milking CPEC. China has always relished the thought of accessing the Arabian Sea through a land route, which gave rise to the Gwadar port project. However, a land route was required to access Gwadar, which gave rise to CPEC’s roads and railways, sold to Pakistan as their gateway to becoming an economic powerhouse. This network of roads traverses through Pakistan and Pakistan-Occupied Gilgit-Baltistan, enroute to Kashgar in Xinjiang. With their connectivity plan in place, the final coup de grace was delivered by the CCP – a stunning inflation of CPEC bills from $46 Billion to a staggering $87 Billion! Over 350 years after the infamous British East India Company subjugated their ancestors using the same model: trade-debt-loss of sovereignty-colonisation, Pakistan finds history repeating itself, albeit with a new coloniser – the CCP.

Tell-tale signs of this new-age colonisation of Pakistan are found all across the country. Chinese debt now saps nearly $1 Billion from the Pakistani economy every month, which has a net foreign exchange reserve of only $13 Billion. Security personnel are provided to Chinese CPEC workers, whose irreverent and imperialist attitude is apparent in numerous reports of Pakistanis (including Pakistan military personnel) being thrashed by the Chinese. Non-performing factories, dams and assets are being created as part of CPEC. Those which become operational are selling the produce back to Pakistanis at hugely inflated costs. Chinese loans to Pakistan are also cycled back to China since raw material and labour is mostly sourced from China, with very limited money flowing into the Pakistani economy.

At the human level, this colonisation has manifested itself in a most depraved manner in Pakistan. Young girls are being ‘married’ off to Chinese migratory workers, who are unlikely to find Chinese wives due to the notorious ‘one-child’ policy. These girls often find themselves sold into sex-trade once they cross over into China. Devout Pakistanis employed by Chinese companies in Pakistan are forbidden from prayers during the day, with no comeback from the Imran Khan government. Pakistan, which considers itself as the ‘Land of the Pure’, is also forced to turn away while the CCP forcibly converts Uyghur Muslims in Xinjiang’s concentration camps, just across the border.

It is instructive to note that the CCP’s plan for colonisation of Pakistan was divulged on 21 June 2017, when the 231-page LTP (Long-Term Plan) for CPEC 2017-2030 was leaked by Dawn, a leading Pakistani newspaper. This plan amply demonstrates the core intent of CPEC – to transform Pakistan into a ‘Chinese Colony of Pakistan’.

For instance, the LTP envisages thousands of acres of agricultural land to be leased to CCP companies, 24×7 monitoring and surveillance systems to be built in cities from Peshawar to Karachi, nationwide fibre-optic cable to be laid by CCP for dissemination of ‘Chinese culture’, broad-based penetration of the entire Pakistani economy by Chinese enterprises, ‘enrichment’ of Pakistani society by Chinese culture etc.

The scope of this perfidious document has no historical precedent and covers economic sectors ranging from mining for minerals to textiles and garments. However, the main thrust of the plan is a sector which employs over 40% of the Pakistani nation – agriculture. The LTP outlines Chinese engagement from seeds and fertilisers till transportation and distribution of agricultural produce! Finally, the LTP seeks a visa-free regime for Chinese visiting Pakistan, with no mention of a reciprocal arrangement for Pakistanis visiting China. This plan contains many such gems, which could be accessed by interested readers to fully comprehend the ambit of this tantalising document.

The citizens of Pakistan are at a crossroads: they could clean house, internalise their focus, normalise relations with neighbours and seek a better future; or, continue on the current path of terror-export, revisionism, religious frenzy and irresponsible budgeting, which would seal their fate as the ‘Chinese Colony of Pakistan’.

(Binay Kumar Singh is a columnist and researcher. He can be contacted @BinayBharat on Twitter. The views expressed are personal) 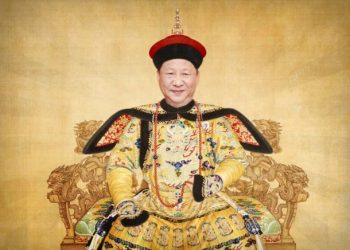