The scientists have shown that in an external electromagnetic field, geometric properties of a crystalline solid with lattices arranged in a one-dimensional periodic manner can display phase transitions, thereby altering its physical properties. 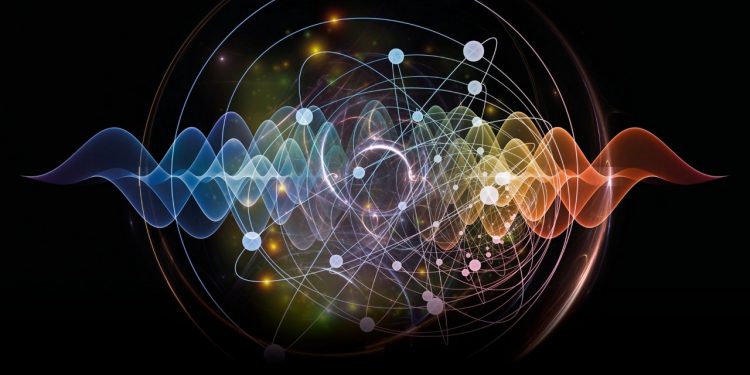 482
VIEWS
Share on WhatsappShare on FacebookShare on TwitterShare on Telegram

New Delhi,  (Aryavarth) Indian scientists have discovered a new “exotic and strange” state of materials that alters their physical properties in presence of an electromagnetic field, leading to better quantum technologies, the Ministry of Science and Technology said on Tuesday.

The scientists have shown that in an external electromagnetic field, geometric properties of a crystalline solid with lattices arranged in a one-dimensional periodic manner can display phase transitions, thereby altering its physical properties.

“The 2016 Nobel Prize for physics was awarded to the theoretical discoveries of topological phase transitions and topological phases of matter, which have played a significant role in the modern understanding of materials and their applications,” the Ministry said.

Topology is concerned with the properties of a geometric object preserved under continuous deformations, such as stretching and twisting.

Understanding various phases and phase transitions is of central importance in the study of matter. Generally, phase transitions are studied by assuming that the system is isolated, with little or negligible environmental interactions.

Dibyendu Roy, Associate Professor, and his group from the Raman Research Institute (RRI), an autonomous institute of the Central government’s Department of Science and Technology, have been exploring systems in contact with the environment or the open quantum systems and their physical properties for a while.

They explored ways to control the topological phase transitions of matter in contact with an environment by an external periodic perturbation such as laser light in their present work.

While studying the geometric phase in systems in contact with an environment and examining the environment’s consequence on the band-structure topology of the systems, they discovered a new metallic state of the materials coupled to an environment.

This work funded by the Department of Science and Technology, via the Ramanujan Fellowship, and the Ministry of Electronics and Information Technology, under a grant for “Centre for Excellence in Quantum Technologies” has been published in the journal ‘Physical Review B’ recently.

In our everyday lives, several devices and technologies exploit some of the other aspects of quantum physics, like LEDs, semiconductor technology, and nanomaterials.

Usually, the environmental interactions in such quantum systems are either neglected or are considered very small.

Through this work, the RRI team has shown that if such effects are carefully taken into account, one can drastically alter the quantum system’s physical behaviour and lead to better quantum technologies.