Will not allow legal farming of cannabis in Goa: CM 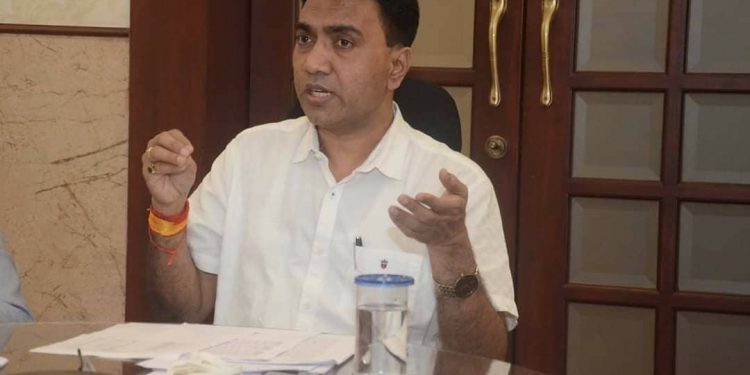 Panaji, (Aryavarth) Amid accusations from the Opposition about turning Goa into a “sin city”, Chief Minister Pramod Sawant said on Wednesday that the state government has scrapped a proposal by the Jammu-based Indian Institute of Integrative Medicine to allow legal farming of cannabis for medicinal purposes.

“I’ve already said that there was a proposal from the Indian Institute of Integrated Medicine (to grow cannabis) for research and medicinal purposes, especially for cancer and other diseases. It is being used in a big way (for the treatment of) chronic pain in cancer, neuropathy, epilepsy, and spasticity in children,” Sawant told the Goa legislative Assembly while responding to a motion during the ongoing Winter Session.

The institute functions under the aegis of the Council for Scientific and Industrial Research.

“In many states it (cannabis) is being used for R&D (research and development). So the proposal had also come to our state and we said we will examine it. It does not mean that we have taken it forward. I am repeating it on the floor of the House again that it will not be taken forward,” Sawant said.

“Our issue is the (existing) regulatory mechanism. When you are allowing its cultivation for medicinal purposes, we have a doubt that there will be leakage, because there is no regulatory mechanism in place. Goa will become a sin city,” Sardesai had said.

The Opposition has been up in arms against the proposal, which came to light in December last year. With Goa already dubbed as a narco-tourism destination, where drugs are available with relative ease, the Opposition claimed that Goa’s reputation as a safe tourism destination would be marred if the state ‘legally’ allowed cannabis farming.