The Chief Minister himself is a Christian and frequent concerns have been voiced of late about growing proselytisation in the state.TTD Board is chaired by YV Subbareddy who is Chief Minister YS Jagan Mohan Reddy's maternal uncle. 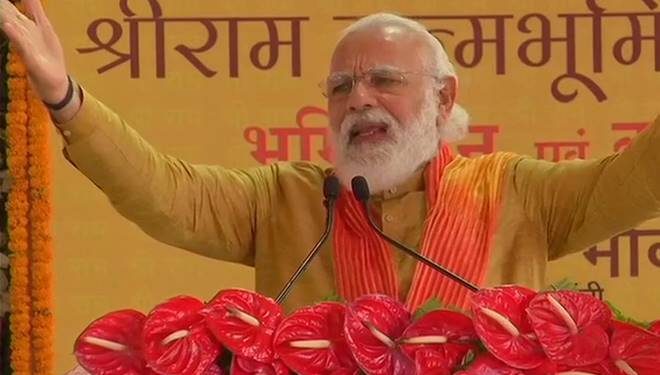 Amaravati, Aug 6 (Aryavarth) The Tirumala Tirupati Devasthanams (TTD), which governs the Lord Venkateswara shrine at Tirumala, on Thursday came under the attack from the BJP’s Andhra Pradesh unit for not telecasting the Ram temple’s ‘bhoomi pujan’ event live from Ayodhya.

With literally every news television channel in the country telecasting the event live, state BJP President Somu Veerraju told IANS that it is unfortunate that such an event was literally blacked out on the Sri Venkateswara Bhakti Channel (SVBC).

Somu Veerraju told IANS, “The event is linked to the nation and the sentiments of Hindus. TTD channel should have definitely telecast it. It’s unfortunate that the state government and TTD Board do not have that understanding.”

The SVBC was established with the express purpose of promoting Hindu thoughts and philosophy. Wednesday’s development has stoked controversy, especially since the TTD Board is chaired by YV Subbareddy who is Chief Minister YS Jagan Mohan Reddy’s maternal uncle. The Chief Minister himself is a Christian and frequent concerns have been voiced of late about growing proselytisation in the state.

Veerraju was unwilling to buy the TTD clarification that it could not telecast the Ayodhya event on account of the live broadcast of the Srivari Kalyanotsavam programme telecast everyday from 12 noon for one and a half hours. The TTD had stated that the Ayodhya program would be telecast on Thursday.

“The fact that they did not telecast a live programm that was beamed by all channels shows the state government’s mindset.” Veerraju said.