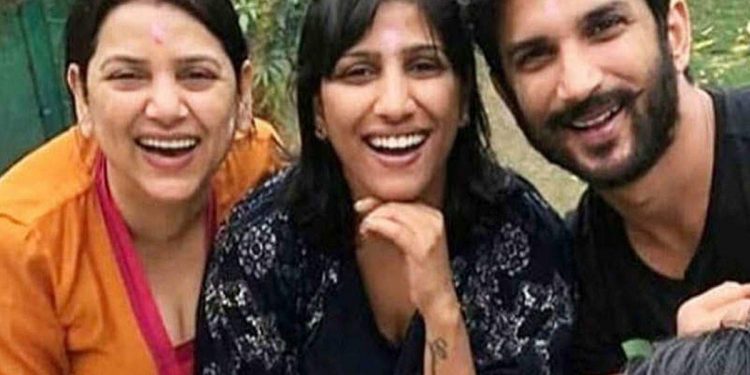 701
VIEWS
Share on WhatsappShare on FacebookShare on TwitterShare on Telegram

Mumbai(Aryavarth): Mumbai police on Tuesday, September 8 registered a case of abetment to suicide against two of Sushant Singh Rajput’s sisters and others following the accusations made against them by Rhea Chakraborty. In her complaint, Rhea accused sisters, Priyanka and Meetu Singh of making ‘bogus medical prescription’ to enable Sushant to access anxiety medication that cannot legally be prescribed on WhatsApp.

The case has been transferred to the CBI for further investigation in accordance with orders of the Supreme Court, Mumbai Police said.

Along with the sisters, Dr Tarun Kumar of Delhi’s Ram Manohar Lohia Hospital and others have also been booked in the matter, an official said.

“Rhea Chakraborty has set the criminal law in motion by filing her complaint with Bandra police station. The cocktail of illegally administered medicines and drugs may have lead to SSR’s suicide on June 14, 2020. His sisters need to be answerable to the investigators and God,” Rhea’s lawyer Satish Maneshinde said on Tuesday.

Meanwhile, Varun Singh, the sisters’ lawyer, told that they will approach the court seeking quashing of the First Information Report (FIR) registered against them, a report by NDTV stated.

“Bandra Police Station seems to be Rhea Chakraborty’s second home as she runs to the police station over all kinds of petty issues,” Rajput’s family lawyer Vikas Singh added.

Rhea Chakraborty’s complaint alleged that the forged prescription depicted Sushant Singh Rajput as being at a Delhi Out Patient Department when in fact he was in Mumbai.

“(Sushant Singh Rajput) died merely five days after obtaining the prescription in which he was unlawfully prescribed psychotropic substances,” Rhea said in her complaint on Monday.

“It is imperative that the actions of Priyanka Singh, Dr Tarun Kumar and others be investigated and that it be determined as to how they came to provide the deceased with such a bogus and unlawful prescription,” she said.

The complaint is based on WhatsApp texts between the actor and his sister from June 8, six days before he was found dead in his Mumbai apartment.

From the chat, it appears that one of Rajput’s sisters Priyanka Singh asks him to take Librium for a week, Nexito every day and Lonazep for “whenever there is anxiety attack”.

All three are prescribed for depression and anxiety. Priyanka Singh also appears to tell her brother that she can help him connect with the “best doctor in Mumbai, all confidential”.

A prescription that she WhatsApped her brother appeared “forged and fabricated” and the drugs cannot be prescribed electronically, Rhea Chakraborty alleged.

Rhea Chakraborty, who left Sushant Singh Rajput’s apartment the same day, claims the actor showed her the messages. Defending herself, Rhea maintained that she was against him consuming the medicines and tried to dissuade him from taking medication which is not prescribed by his doctors. Further, she maintained that Rajput “insisted” on only taking medicines “his sister was prescribing him”.

However, Rajput’s family lawyer Vikas Singh rebutted Rhea’s charge saying there was “no criminality” involved. He said the complaint was her attempt to keep the Mumbai Police’s jurisdiction alive in the case after the Supreme Court asked the CBI to take over the entire investigation.