No Unlock For Delhi HC, Due To “Alarming” Rise in COVID Cases Physical Hearings Reduced 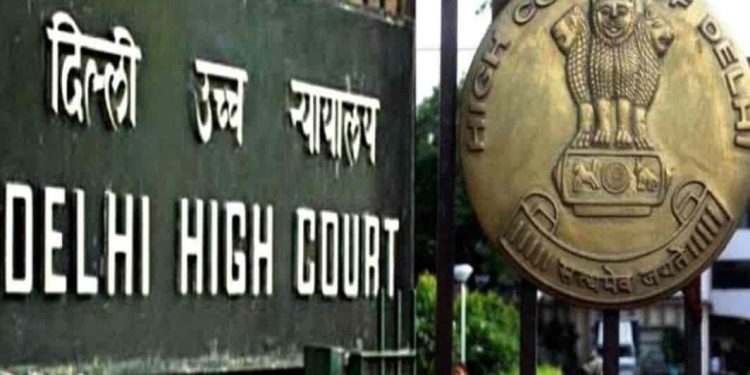 177
VIEWS
Share on WhatsappShare on FacebookShare on TwitterShare on Telegram

New Delhi( Aryavarth): The Delhi High Court on Saturday said it has reduced the number of benches that would be holding physical hearings due to the “alarming” rise in COVID-19 cases in the national capital and majority of lawyers preferring virtual hearings.

According to a note issued by the office of Registrar General Manoj Jain, a full court of the judges of the Delhi High Court deliberated on continuing with physical hearings, which were started from September 1, and decided not to discontinue them completely.

The full court decided that physical hearings would be conducted each day, from September 15 onwards, by one division bench and two single judge benches on rotation.

The decision was taken on the basis of statistics, submitted before the full court by the Registry, which indicated that around 94 per cent of the advocates had indicated their preferred mode of hearing as ‘virtual’ mode on the designated mentioning link/e-filing module of the High Court.

“Most of the advocates, whose matters were listed before the benches constituted for physical hearing, expressed their inability, reluctance or unwillingness to appear physically and that requests, in large number, were received for taking up the matters through video conferencing.

“The physical appearances were largely before the single benches, exercising criminal jurisdiction whereas the appearance before the other benches was relatively low,” the note said.

It also said that the full court “also noted that the number of COVID-19 cases has been rising alarmingly in the NCT of Delhi”.

“The UCO Bank situated in the high court building had been shut down recently as its three bank officials tested positive,” it added.

Delhi High Court Chief Justice D N Patel had recently said, during a hearing, that physical hearings would not be stopped completely and would be continued slowly.

“Once things have started in this high court, they are not going to be stopped. We will not start and close like the other high courts,” the chief justice had said.

His comments came after some counsels in a case before his bench sought that their matter be listed on a date when virtual hearings are held.

The high court, according to the note, had decided to commence physical hearings “in view of persistent requests” by the various bar associations.