"Implementing such a policy means scrapping 1.65 lakh vehicles in Karnataka alone. The Union government seems to have come out with this policy only to help the vehicle manufacturers," he alleged. 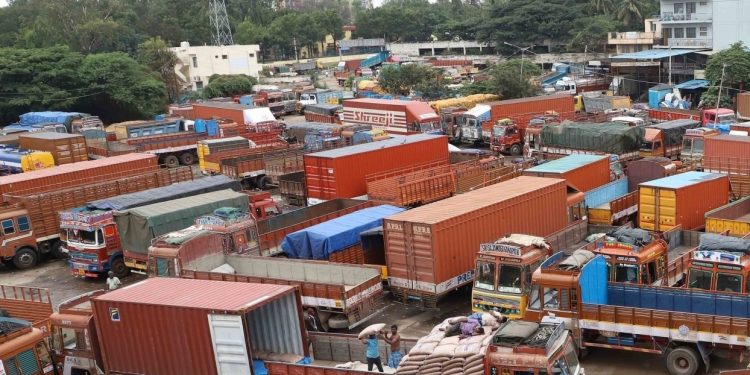 711
VIEWS
Share on WhatsappShare on FacebookShare on TwitterShare on Telegram

Bengaluru, (Aryavarth) The Karnataka State Lorry Owners and Agents Association (KSLO&A) on Thursday called for a day-long strike on Friday in protest against the hike in fuel prices and toll rates, and also warned the Union government of bringing transportation to a grinding halt from March 15 if the issues raised by it are not addressed.

Coming down heavily on the Centre over its vehicle scrappage policy, Shanmugappa said the economy has not recovered yet and under such circumstances, how can the government even think of coming out with a scrappage policy.

“We have been requesting the Union government to allow old vehicles with new engines instead of scrapping them altogether,” he said.

“Implementing such a policy means scrapping 1.65 lakh vehicles in Karnataka alone. The Union government seems to have come out with this policy only to help the vehicle manufacturers,” he alleged.

Shanmugappa further said that due to the ever increasing oil prices, the cost per kilometre has gone up, while the toll has also risen from Rs 28/km to Rs 34/km.

“At least the governments of Karnataka, Tamil Nadu, Puducherry, Andhra Pradesh, Telangana and Kerala should respond to our demands. All the BJP-ruled states have reduced VAT by Rs 5. The southern states, including Karnataka, should follow them,” he said.