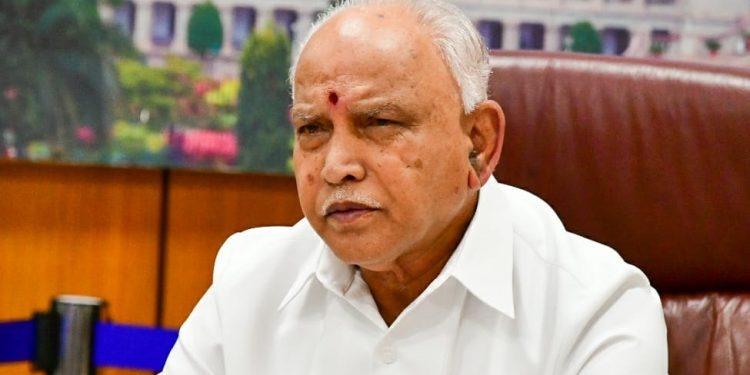 112
VIEWS
Share on WhatsappShare on FacebookShare on TwitterShare on Telegram

Health Minister K Sudhakar was relieved of Medical Education in just three months, who was given Health portfolio by taking it away from incumbent Social Welfare Minister B Sreeramulu.

Madhuswamy is a key member of the Yediyurappa camp, who put up strong defence of the state government in the state legislature.

Law, Parliamentary Affairs and Legislation Department has been given to Home Minister Basavaraj Bommai as additional charge.

The Forest Department has been taken back from S Anand Singh, who has been given Tourism Department in addition to Environment and Ecology.

CC Patil, earlier incharge of Mines and Geology, has now been given Small Scale Industries and Information and Public Relations Departments.

Leader of the House in Legislative Council, Kota Srinivas Poojari, has been relieved of Fisheries, Ports and Inland Transport Department and given Muzrai and Backward Classes Welfare Department.

Haj and Wakf Department has been taken back from Animal Husbandry Minister Prabhu Chauhan, while Labour Minister A Shivaram Hebbar has been divested of the Sugar Department.

K Gopalaiah has been divested of Food, Civil Supplies and Consumers Affairs Department and made incharge of Horticulture and Sugar Departments.

KC Narayana Gowda has been given Youth Empowerment, Sports, Haj and Wakf Departments, but divested of Municipal Administration, Horticulture and Sericulture Departments.

Yediyurappa has thus sent out a loud and clear message to all MLAs airing serious reservations about his decision to expand his Cabinet that he is firmly in control.

Earlier, his close aide MP Rennukacharya spearheaded the campaign against ministerial berths to MLCs. Besides, several disgruntled legislators had also alleged they were not considered despite the fact that most Ministers were from Bengaluru and Belagavi districts.

The Cabinet strength now is 34, including the Chief Minister and 33 Ministers.

Yediyurappa had inducted seven new Ministers on January 13 to expand his Cabinet but dropped H Nagesh, who held the Excise portfolio.