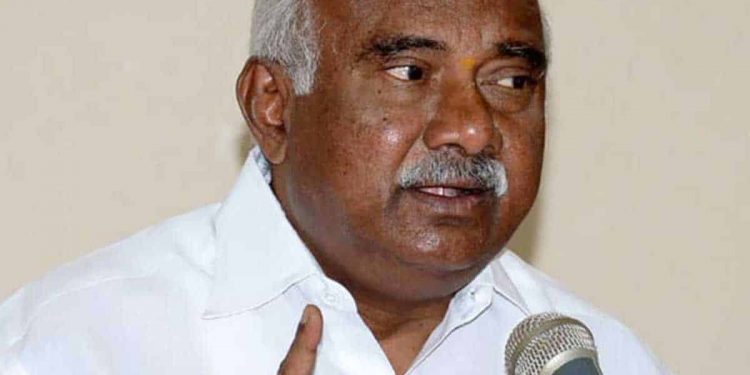 Speaking to reporters here, Vishwanath said that his defeat in 2019 was engineered by none other than Yogeshwar and Santhosh who not only took away all the resources that were allocated by the party to ensure his victory, but also worked hard to defeat him.

“They had defeated me. I have submitted a written complaint against these two to BJP state president Nalin Kumar Kateel, but to no use as they have been spared,” he said when the media sought his reaction on Karnataka Chief Minister, B. S. Yediyurappa openly assured Yogeshwar of a cabinet berth after garlanding the Kengal Hanumanthaiah statue in Vidhana Soudha here.

Continuing his tirade, Vishwanath said that Yogeshwar was the one who campaigned vigorously for himself when he resigned from the MLA seat. “He is from Ramanagar district and even before the candidate selection took place, Yogeshwar started campaign and Santhosh was in cahoots with him. Both not only siphoned off all the money that was allocated to my constituency, but also campaigned against me,” he said.

On his part, CM Yediyurappa has publicly assured that he will accommodate Yogeshwar in his cabinet. “From my side it is very clear that Yogeshwar will be part of my cabinet,” he said.

For the last couple of days, the majority of the 17 legislators, who were responsible for the collapse of the JD(S) and Congress coalition government, are holding meetings and passing on information through select media channels that they are totally opposed to Yogeshwar being taken into the cabinet.

Vokkaliga strongman from Ramanagara district, Yogeshwar, who lost to former CM H.D. Kumarswamy from the Channapattna constituency in the 2018 Assembly polls, and Santosh had allegedly played a key role in toppling the Congress-JD(S) coalition government led by Kumaraswamy.

Prior to this, Vishwanath had launched a subtle criticism on Karnataka Advocate General Prabhuling Navadagi after he was disqualified from becoming a minister by the Karnataka High Court on Monday.

The high court in its interim order had held a prima facie view that Vishwanath has incurred disqualification while two other nominees, R. Shankar and N. Nagaraj (MTB Nagaraj), have not.

All three MLC — Vishwanath, Shankar and Nagaraj — were part of the 17 MLAs who had resigned last year, leading to the collapse of the JD(S)-Congress government.

Shankar belonged to KPJP, Nagaraj to Congress and Vishwanath to JD(S). They were held to be disqualified under the anti-defection law by the Speaker last year and the Supreme Court upheld the disqualification. Shankar did not contest while Nagaraj and Vishwanth contested re-elections on BJP ticket but lost.

Meanwhile, reacting to Vishwanth’s outbursts, Karnataka Revenue Minister R. Ashoka said that the party is with him and he need not lose heart. “We will fight his case. It is not right on his part to speak against the Advocate General,” he said.