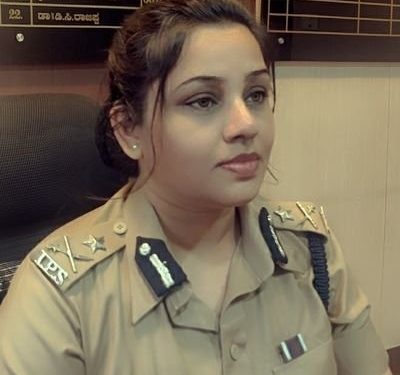 Bengaluru, (Aryavarth) Karnataka Home Secretary D. Roopa on Sunday sought an inquiry into the role of Additional Commissioner of Police Hemant Nimbalkar in the tender process for the Nirbhaya safe city project.

“The irregularities in the tender process make it necessary to investigate the role of Nimbalkar as chairman of the tender inviting committee and tender scrutiny committee, as he has been misguiding higher authorities…,” said Roopa in a statement, hours after the IPS officer refuted her charges earlier in the day.

The ambitious project is being implemented under the Central government’s Nirbhaya Fund for protecting the dignity and ensuring safety of women across the country.

“Nimbalkar has again given wrong facts and misinformation, misleading the government, press and public,” Roopa claimed.

Referring to the irregularities in the third tender call, which is on the e-Procurement portal of the state government, Roopa said as per the Finance Department standard bid document, minimum annual turnover of a bidder must be two times the value of the tender.

“The tender value is Rs 619 crore, but the minimum turnover fixed is Rs 250 crore. Even with the latest amendment, the minimum requirement is 100 per cent of tender value or amount payable in first year. Even that is about Rs 500 crore. It’s a clear violation of the direction of the Finance Department,” she contended.

The state government has floated the third tender on November 8 after cancelling the first two tenders earlier. The latest tender is slated for opening on January 8, 2021 for short-listing the bidders.

Refuting Roopa’s charges, Nimbalkar told reporters that the 3 companies were selected for the tender in pre-qualification.

“Though BEL did not bid for the project in the first tender, it has bid in the second tender, which was cancelled on June 20 after the central government said Chinese equipment should not be used in the project,” he said.

Roopa had also objected to involving the global professional services firm Ernst and Young as a consultant in the project because “the tender is for supply of goods and services and not for consultancy services, as per the Karnataka Transparency in Public Procurement rules.

Roopa on Saturday claimed that a complaint against her action against E&Y appears to have been made at the behest of those benefiting from biased and unfair tenders.

“Each of my actions in this regard is to protect public interest and public money in bona fide discharge of my duties as public servant,” she reiterated.