Karnataka colleges to be shut if Covid cases spike: Minister 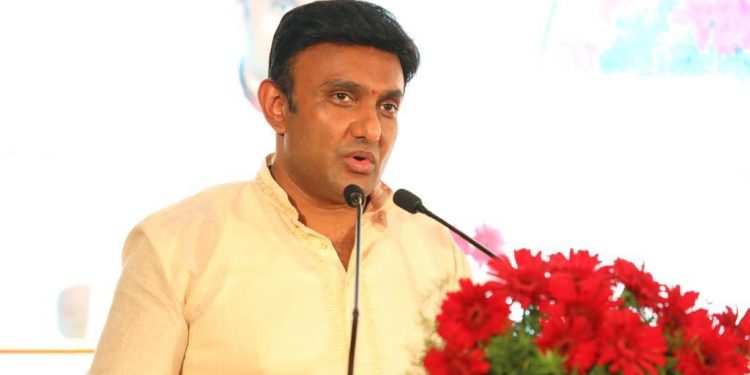 “Though degree, engineering and polytechnic colleges reopened for final year students after remaining shut for over eight months, we may close them again if Covid cases increase in the state, as the safety of students and teachers is more important than offline classes,” Sudhakar told reporters here in the state’s northwest region.

The response of students to the reopening of colleges has also been tepid last week, as, besides negative Covid test report from RT-PCR method, consent letter from parents was mandatory for attending classes with a face mask.

“As students were not getting test reports in time and many parents have been wary of sending their wards for offline classes, the attendance was 15-20 per cent in most of the colleges in five days last week,” Sudhakar recalled.

Though Covid cases have been declining across the southern state over the last three weeks and recoveries have been outnumbering positive cases, the state’s tally at 8,71,342 till Friday is the second largest after Maharashtra across the country, with 24,714 active cases and 11,641 deaths till date.

“As we have to protect the students and shape their academic future, colleges have been conducting online classes since August to ensure continuity in their studies,” said Sudhakar.

According to the state health department, tests across cities and towns showed that only 130 students were infected while the majority of them were virus-free.

“If more students test positive, we may have to shut colleges and continue with online classes. We will asses the situation and decide in a week,” said the minister, who is a medical doctor by profession.

The state government decided to reopen the pre-university course (PUC) and medical colleges from December 1 if Covid cases further decline in the state.

“One reason for most students testing negative is due to more natural immunity they have at their age though some of them can be vulnerable,” asserted Sudhakar.

On the reopening of schools, which have also remained shut since mid-March due to the Covid-induced lockdown and its extension, the minister said the issue would be discussed with Chief Minister B.S. Yediyurappa at a meeting in Bengaluru on Monday.

“State education minister S. Suresh Kumar, health experts and officials will discuss when schools could be reopened, as their safety was paramount. As the consent of parents was more important, they will also be consulted through schools where their wards study,” said Sudhakar.

Wearing of the mask, thermal screening and maintaining physical distancing will be mandatory to contain the virus spread, all the schools have to gear up to the new normal to ensure the safety of students and teachers.