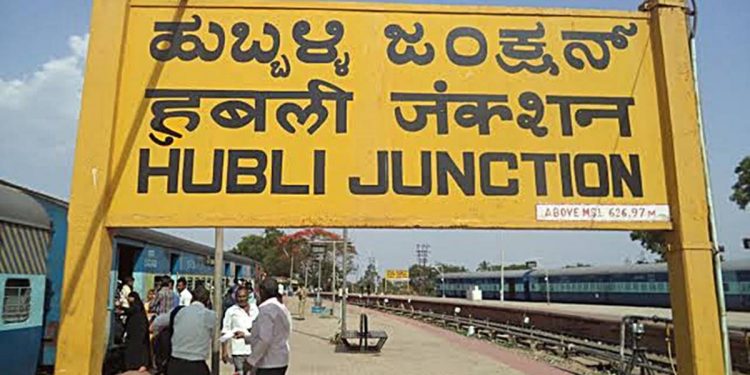 439
VIEWS
Share on WhatsappShare on FacebookShare on TwitterShare on Telegram

The proposal for name-change was made by the Karnataka government and the Union Home Ministry has given the green signal, a statement from the South Western Railway (SWR) said on Wednesday.

“Once the Karnataka government issues the gazette notification duly informing all the departments concerned, the name of the station will be changed,” the SWR said.

Chief Minister B S Yediyurappa and Union Minister of State for Railways Suresh Angadi welcomed the decision and thanked Home Minister Amit Shah and the Railway Minister Piyush Goyal for their initiative to change the name of the railway station.

My sincere thanks to PM @narendramodi Home Minister @AmitShah Rly Ministers @PiyushGoyal & @SureshAngadi for approving the name change and honouring the wishes of the people.”

While thanking Shah and Goyal for the approval, Angadi said the long-standing demand of the local people and state leaders has been fulfilled now.

“The great saint and exponent of Advaita philosophy, the Siddharoodha Swamiji illuminated the hearts of millions of his devotees. He never discriminated against people on the basis of caste, creed, colour and gender,” Angadi said in his message.

Considered among his followers as an incarnation of Lord Shiva, Siddharoodha Swamiji led an ascetic life.

Emphasising on ‘sadhana’ or regular spiritual practices, the Swamiji was of the belief that everyone is entitled to liberation irrespective of their caste and religion.