High-Heel Sandal Worn by Girl Led to Tragedy in Mysuru 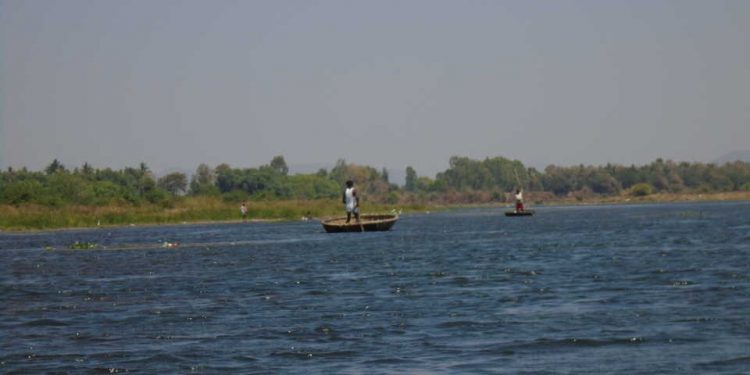 Mysuru, Nov 12 (Aryavarth) High-heeled sandals worn by the engaged girl seem to be the main reason behind the tragic death of a young couple who went to Mudukuthore for a pre-wedding photo shoot two days ago, the Mysuru police said.

Speaking to reporters in Mysuru, Superintendent of police, C.B. Rishyant said that he was mulling over writing a letter to the irrigation department to make it “wearing life jackets” mandatory in all tourist spots wherever tourists go for coracle rides.

Commonly found on the river Cauveri, these coracles are primitive, light, bowl-shaped or saucer-shaped boats with a frame of woven grasses, reeds, or saplings covered with sheets of LDPE plastic.

“These are the most unstable modes of water transport systems that have been available since prehistoric times and are a major tourist attraction here. We need to relook into allowing such rides in tourist places. Even a slight imbalance can lead to a disastrous accident like this. We need to make life jackets compulsory in these coracles, hence, I am writing such a letter to the Irrigation department,” he asserted.

According to the police, places in and around Mysuru have become a hotspot for photographers to do pre-wedding photo shoots of engaged couples at various water spots including backwaters of KRS dam, Srirangapatna, Chunchangiri Falls, Cauvery River near Arkanateshwara Temple in K.R. Nagar, Tiramakudalu in T. Narasipur, Mudukuthore and Talakad. At most of these places, coracles are operated illegally.

Two days ago, a young couple from Mysuru met their watery grave in river Cauvery at Mudukuthore near T. Narasipur Taluk of Mysuru district.

The victims were identified as Chandru (28) and Shashikala (20), both residents of Kyathamaranahalli in the city and distant relatives.

The engaged couple reached Jaladhama Resort at Mudukuthore and asked the photographer to take their picture like that of the couple in ‘Titanic’, a blockbuster romantic English movie.

According to the police, since the motorboat of the Resort was not available they summoned Moogappa, who owns a coracle, and asked him to take them in the water. The coracle was taken about 20 meters away from the river bank with the engaged couple in it.

The photographer and Shashikala’s brother, Abhi were standing on the bank and encouraging the engaged couple to give the pose like that of Titanic movie lead actors.

At that time, Shashikala who was wearing the high-heeled sandals, lost balance and leaned towards one side. In the process, the coracle turned turtle and all the three fell into the river. While Moogappa, the coracle operator swam to safety, Chandru and Shashikala drowned and we’re swept away due to the swift current.

The photographer went to Talakad Police Station and informed them about the incident. Immediately, the police along with the expert divers went to the spot and fished out the bodies.

Before coming to Mudukuthore, the engaged couple tried for the photoshoot in Talakadu, but they were sent back by the Forest Department personnel.

They went in two cars this morning and their vehicles were checked by Forest staff at Talakad check-post who found cameras and other equipment. Permission was not given for the photo shoot. Their request for shooting near the Talakad Temples was reportedly turned down, the police said.

A large number of people visit Mudukuthore spot especially during weekend. Many of them take darshan of Mudukuthore Mallikarjunaswamy and then go for boating.