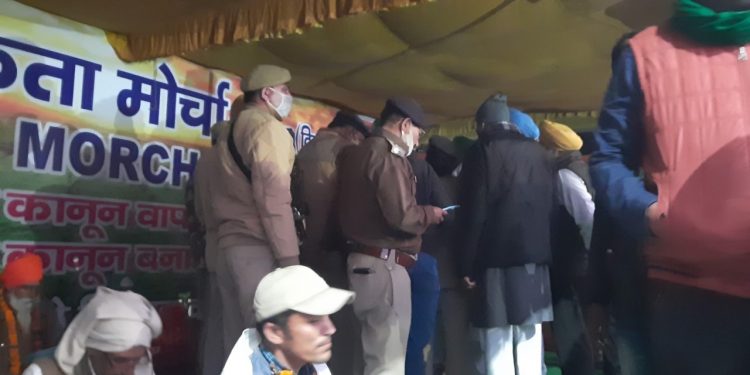 New Delhi,  (Aryavarth) After the tractor rally organized by the farmers’ unions on Republic Day turned violent in the national capital, the situation is tense at the Ghazipur border where security has been beefed up, while Bharatiya Kisan Union (BKU) spokesperson Rakesh Tikait too is looking under pressure.

The District Magistrate (DM) and Senior Superintendent of Police (SSP) are keeping a vigil on the situation.

The farmers sitting on protest at the Ghazipur border are also not certain about the future of the agitation, and many of them have started removing the tents. However, when asked why they are removing the tents, they said that it’s cold there, so they are moving under the flyover.

Not only the police, but the farmers are also keeping a tight vigil on the suspicious people at the protest site. Tikait caught a person and handed him over to the police as he appealed to the farmers to keep an eye on such people.

The farmers are also formulating strategies about the future of the protest. On Thursday evening, the police talked to Tikait and asked him to leave the protest site, but the latter accused the administration of trying to kill him.

He said, “They are hatching a conspiracy to kill me in the name of arrest. Unwanted elements with arms are being sent to the protest site in vehicles with stickers of Lucknow Assembly. I will commit suicide, but won’t take back the protest till the laws are repealed.”

“The Supreme Court has also justified the peaceful protest. No incident of violence has been reported from the Ghazipur border. Despite this, the government is pressurizing us. This is the real face of the Uttar Pradesh government. We will continue to protest and demand a judicial inquiry into the Red Fort incident,” he added.

“The Supreme Court has not given any decision on the petition regarding the protest. The district administration cannot be bigger than the Supreme Court. I will file a petition against it in the top court tomorrow,” Tikait said. 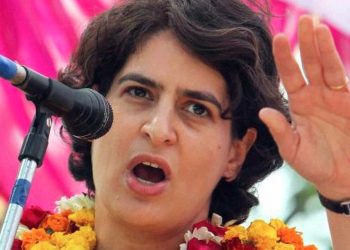