There are prima facie allegations of police excess committed on the deceased victim. Hence, we expected the Mumbai police to complete the probe with utmost expedition. 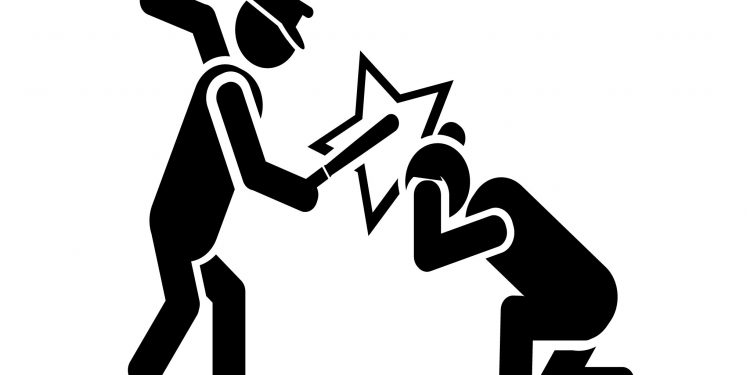 381
VIEWS
Share on WhatsappShare on FacebookShare on TwitterShare on Telegram

Mumbai, (Aryavarth) The Bombay High Court on Monday directed the Mumbai police commissioner to set up a Special Investigation Team (SIT) to conduct a probe against four policemen who allegedly fatally assaulted a 22-year-old man here while imposing the COVID-19 lockdown in March.

The bench ordered constitution of SIT after observing it was not satisfied with the probe being conducted in the case since April by the Assistant Commissioner of Police, Bandra division.

There are prima facie allegations of police excess committed on the deceased victim. Hence, we expected the Mumbai police to complete the probe with utmost expedition.

“However, the situation that emerges leaves a lot to be desired, the court said in its order.

“We have no option but to direct the Commissioner of Police, Mumbai, to constitute a Special Investigation Team (SIT) comprising two senior police officers of impeccable integrity and unquestionable competence within 24 hours, it added.

The court said it expects the new probe team to submit a charge-sheet within a month.

We hope and trust that the SIT shall fairly and freely complete the investigation and submit a charge-sheet before the competent court within a month, the court said.

The bench was hearing a petition filed by an advocate, Firdause Irani, raising concerns over police “excesses” while enforcing the COVID-19 lockdown which was first declared in March-end.

Irani, in his plea, pointed out the case related to one Raju Devendra, whose family alleged that on March 29 night, when they were going to their relatives place, a police team chased them and caught him in suburban Vile Parle.

The policemen allegedly informed the relatives that they were taking Devendra to the suburban Juhu police station, the plea said.

The next morning, the police informed the family that Devendra was found lying at a nearby chowk (square) and declared dead when taken to hospital, the petition said.

The police initially claimed the man died after he was assaulted by a mob who suspected him of committing a robbery, it said.

Last month, the Maharashtra government told the high court that as per CCTV footage, Devendra was assaulted by four police constables.

On Monday, government pleader Purnima Kantharia told the HC that a departmental inquiry has been initiated against the four constables who were placed under suspension by an order dated July 31.

The court, however, was not satisfied just with their suspension.

They will get a salary without doing any work. We are not at all impressed with the state of affairs, Chief Justice Datta noted. The court posted the plea for further hearing on September 21.