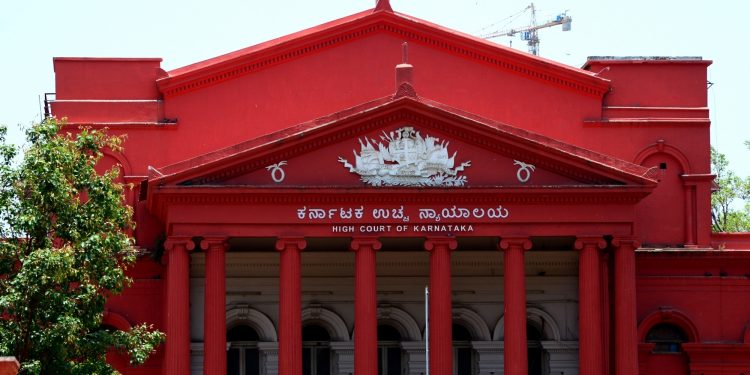 The bench Chief Justice Abhay Shreeniwas Oka and Justice S. Vishwajith Shetty while hearing on a batch of petition seeking to restrain the Chief Minister and Governor from affirming oath to them into the Council of Ministers said in their interim order that “Chief Minister, while making recommendation to Governor on nominating Ministers will have to take into consideration the issue of disqualification incurred by A. H. Vishwanath. Similarly, even if recommendation is made by CM, the Governor is bound to consider the aspect of disqualification incurred by A. H. Vishwanath.”

The bench further added that MLC A. H. Vishwanath, has incurred disqualification under Article 164 (1) (b) and Article 361 (B) of the Constitution of India, till the expiry of the term of the Legislative Council-May 2021, while two other nominees R. Shankar, and N. Nagaraj (aka MTB Nagaraj) have not.

The petitioners prayed to the court to pass an injunction order in relation to the appointment of all three MLCs as ministers due to the disqualification order passed by the Speaker, which was upheld by the Supreme Court.

The plea had stated that to become eligible to be appointed as a Minister, a disqualified member of the Assembly will have to get “re-elected” to the same House during the same period in which he was disqualified, by contesting in an election from the Assembly constituency.

All three MLC’s A. H. Vishwanath, R. Shankar and Nagaraj were part of the 17 MLAs who resigned last year leading to the collapse of the JD(S)-Congress government led by H. D. Kumaraswamy.

Shankar belonged to KPJP, Nagaraj to Congress and Vishwanath to JD(S). They were held to the disqualified under the anti-defection law by the Speaker last year and the Supreme Court upheld the disqualification. Shnakar did not contest while Nagaraj and Vishwanth contested re-elections on BJP ticket but lost.