Gurugram, Jan 11 (IANS) The Gurugram Police on Monday arrested 8 people, including a spa manager and 7 women, for allegedly operating a sex racket from a spa and massage centre in Gurugram.

The arrested have been booked under different sections of the Immoral Trafficking Act and an FIR has been registered against them at the Sushant Lok police station.

Following a tip-off, a man acting as a decoy customer visited the spa on Monday and found that the women working at the spa were involved in sex trade and he informed the police.

Soon, a joint team of the crime branch DLF Phase-4 and Sushant Lok police station then raided the A-One Spa and Massage Centre located at C-block in Sushant Lok and nabbed 8 people.

“The police team reached the spot and arrested the culprits red-handed who were soliciting sex. Police have arrested a male manager identified as Satyaveer of Alwar district in Rajasthan and 7 women who were also part of the sex trade,” said Gurugram Police spokesperson Subhash Boken.

“At the time of the raid, a room in the massage centre was occupied where a woman and man were found in objectionable situation,” the police said.

Police said for the past several days, the police had been receiving complaints about the illegal activity being carried out in the spa.

“Further investigation in the matter is underway and we are collecting more information about the involvement of any other person,” Boken said. 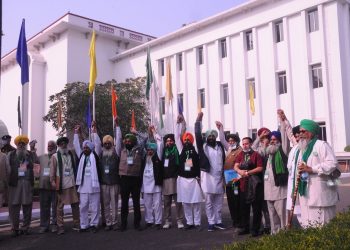 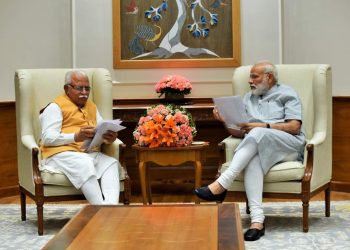