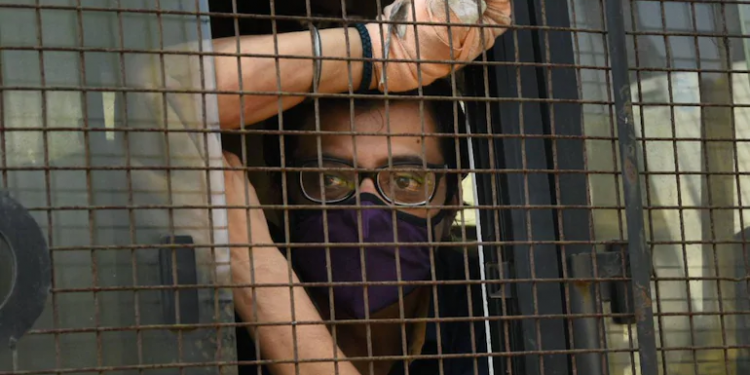 5.6k
VIEWS
Share on WhatsappShare on FacebookShare on TwitterShare on Telegram

The first information report under the Indian Penal Code Sec. 34, 353, 504 and 506, and Prevention of Defacement of Public Property Act Sec. 3 was filed by N.M. Joshi Marg Police Station against Arnab, two of his family members and two other unknown persons.

They have been accused of “obstructing, assaulting, verbally abusing and intimidating a police officer on duty” and also “for tearing up government papers for informing the arrest of a person” following a complaint by a Raigad Police official.

The development followed the dramatic arrest of the controversial channel owner after a 15-minute fracas between a team of Mumbai Police and Raigad Police with the Goswami family at their home in Worli.

Amid charges of “assault and torture” by the channel, Goswami was dragged from his home and bundled into a waiting police van which sped off to adjoining Alibaug in Raigad, around 100 kms on the mainland.

Goswami has been arrested in the May 5, 2018, double-suicide case of an architect Anvay Naik and his mother Kumud Naik following complaints by his widow Akshata Naik and daughter Adnya an accomplished tennis player.

The state government had ordered a fresh probe by the CID in May this year after which the case was reopened and culminated in the nabbing of Goswami with tight security in Mumbai and in Raigad.

Even as the Opposition Bharatiya Janata Party cried foul and protests were organised in several parts of the state, Home Minister Anil Deshmukh made it clear that the action as per the law and there was no interference in the matter.

Top leaders of the ruling Maha Vikas Aghadi (MVA) alliance of Shiv Sena-Nationalist Congress Party-Congress strongly defended the move and refuted the Opposition’s charges of ‘witch-hunt’, ‘return to the Emergency days’, ‘assault on freedom of the press’, etc.

Later in the afternoon, Goswami was produced before the Chief Judicial Magistrate at Alibaug Court where the police prosecutor Bhaskar Salvi sought 14-days’ police custody for him. Arguments between the prosecution and defence lawyers were continuing till late in the night.