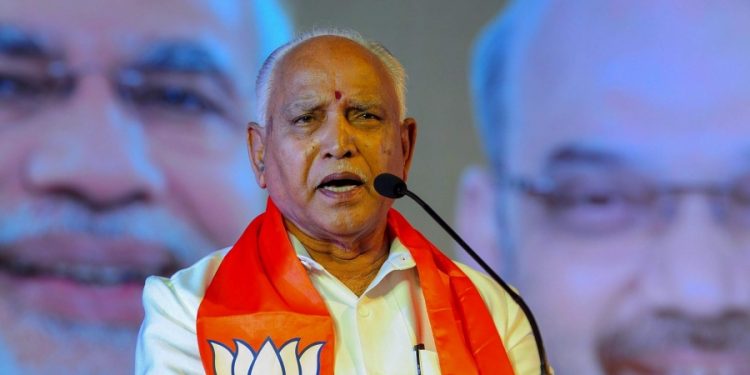 Bengaluru, Jan 1 (Aryavarth) Karnataka Chief Minister B.S. Yediyurappa on Thursday said that 60 per cent BJP-backed candidates have won in the local body elections in the state.

According to Bharatiya Janata Party (BJP), candidates backed by it have won 29,478 seats while the Congress claimed that candidates supported by it have bagged 24,560 seats. The JD(S) candidates have won 15,825 panchayat seats.

He said that the emphatic victory of BJP-backed candidates in panchayat polls in the state is a testimony of people’s unwavering faith in the leadership and development agenda of Prime Minister Narendra Modi and the party’s commitment towards Gram Vikas and Antyodaya.

He said that 60 per cent of seats have been won by BJP-backed candidates.

Karnataka BJP President Nalin Kumar Kateel said that his party has won maximum seats, for which he gives credit to various strategies drawn by the party.

Senior Congress leader and Leader of Opposition in the Assembly, Siddaramaiah said that rural India is frustrated by the policies implemented by the BJP.

“Farmers are against anti-farmer laws and they found Gram Panchayat elections as the perfect opportunity to teach BJP a lesson. Reports suggest that Congress Karnataka supported candidates are winning,” he claimed.

He added that rural India has always supported Congress party in panchayat elections since the Panchayat system came into existence. “Congress has always stood firmly with farmers and rural India. This has always instilled confidence among people. Tradition of winning has continued,” Siddaramiah said.

On Thursday late night, Karnataka state election commission had announced the results of the remaining 36,781 seats, while it had announced results for 54,041 seats of 5,728 Gram Panchayats on Wednesday.

The counting was delayed due to the usage of ballot papers except in Bidar district, where it had used Electronic Voting Machines (EVMs) for the first time on a pilot basis.