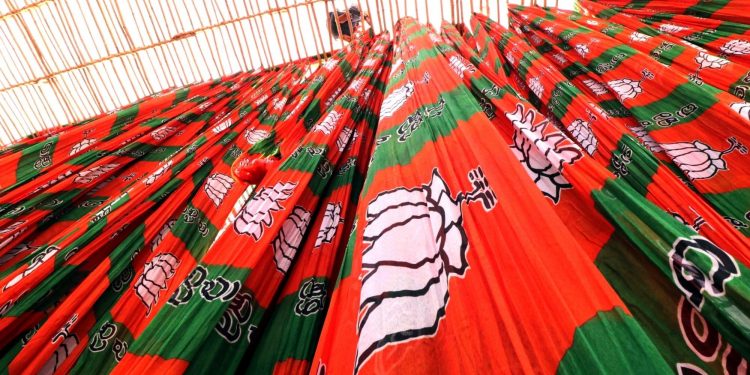 Bengaluru, (Aryavarth) The ruling Bharatiya Janata Party (BJP) won 3 of the 4 seats in the October 28 biennial elections to the Karnataka Legislative Council, including 2 from Teachers and 1 from Graduates constituency, an official said on Tuesday.

Puttanna, who defected from the JD-S, has retained the seat.

Namoshi had won from the seat twice earlier, while Mattur re-contested after his term ended in June but lost.

Sankur re-contested to retain the seat after his term ended in June.

Vote count is still underway in the Karnataka South-East Graduates seat, in which Chidanand Gowda of the BJP, Ramesh Babu of the Congress and R. Chowda Reddy of the JD-S are in the fray. Reddy has re-contested after his term ended in June.

Voting in the biennial elections to the four seats was held to fill vacancies caused after the term of the incumbent lawmaker ended in June.

The by-elections, however, could not be held in July due to the Covid-19 pandemic gripping the state since mid-March.

In all, 40 candidates from BJP, Congress, Janata Dal-Secular (JD-S) and Independents were in the fray in all the four seats.