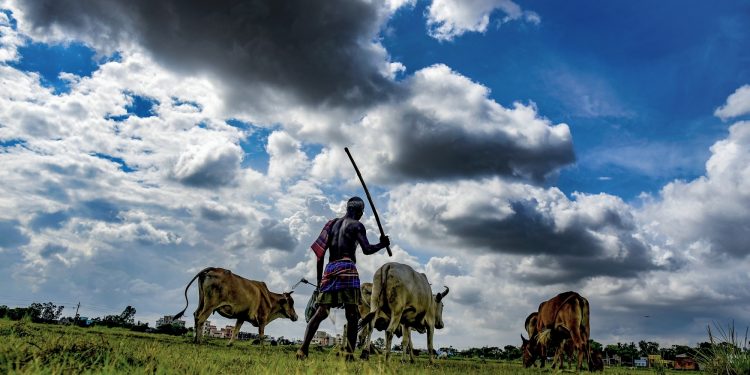 Bengaluru, (Aryavarth) With backing from the Janata Dal (S), the ruling BJP in Karnataka on Tuesday succeeded in passing the Amendment to the Karnataka Land Reforms Act, 1961 in the legislative council.

Prior to the passage of this Bill, the JD(S) took part in a protest that was called by the farmers associations in Karnataka to extend their support to the nationwide Bharat Bandh call given by the farmers opposing the three contentious Central farm laws enacted in September.

The Bill was passed by majority voice vote in the Assembly during the ongoing monsoon session.

The Bill was put to vote after the Congress demanded a division of votes on the amendments to remove Clauses 79 (a) and 79 (b) from the KLR act.

The Bill was passed by 37 votes in its favour and 21 against it. The 10 votes of the JD(S) proved crucial as nine of the Congress members had remained absent.

“JD(S) often claims that they are the ‘true party of the farmers’ and ‘true sons of soil’ in the state but with this vote, JD(S) enters the annals of history to prove that theirs is only a double-speak,” he said, adding that the Congress knew all along that it did not have the required numbers and the BJP was going to win with the support of the JD(S).

During the two days of debate, the Congress alleged that the Bill was like death to the farmers’ livelihoods with more and more corporates entering the agriculture sector and purchasing large extents of land for their benefit. The BJP countered it by saying that it will weed out corruption by lower rung government officials and “unnecessary” court cases against innocent people who only want to till their land.

“Our intent is to safeguard the interests of the farmers and encourage more and more youngsters to enter the farming sector. We are making it absolutely clear that there is no hidden agenda,” Revenue Minister R. Ashoka said.

However, Congress leaders like S.R. Patil and Basavaraj Patil Itagi countered it by stating that the decision would push back the state into days of slavery and bonded labour.

“Once the ceiling on non-agriculturists and the income cap are removed, we will definitely see more affluent people from other states entering Karnataka and buying farm lands in huge parcels. They may kill agriculture and use land for real estate purposes,” Itagi alleged.

Trying to salvage the situation, Chief Minister B.S. Yediyurappa assured that the government will ensure that there will be no change in land use in specific places where irrigation is high.

“In irrigated lands, there will be no land use change and only agriculture can be practiced there. We will not change the status of the SC/ST lands and they will be safeguarded. Farmers are smart and quite learned these days to realise what is good and what is bad for them. Our intent is not to create any roadblocks for the farmers, but to ease their lives and livelihoods,” he said.

The Congress had earlier succeeded to block the passage of this Bill when the BJP did not have the numbers.