Shivakumar said as per documents they have, the state government spent a whopping Rs 4,167 crore, with at least Rs 2,000 crore pocketed by some ministers and officials. 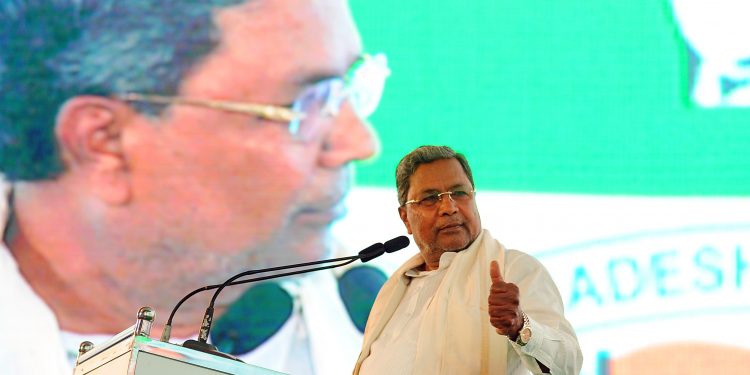 By repeating the allegations without proof, the Congress has proved that it was not only incorrigible, but also reckless and irresponsible.

“The attempts by Siddaramaiah and Shivakumar to fall on ‘Goebbels Theory’ – repeating lies to make it look like truth – will never work. Their party has cut a sorry figure and will continue to look sheepish,” said Kumar in a statement.

Though Chief Minister B.S. Yediyurappa denied the charges, Siddaramaiah claimed he has evidence of corruption in purchase of masks, personnel protection equipment (PPE) kits, sanitisers and ventilators by the state government since April and released some documents in Kannada in support of the graft charge in the nearly an year-old BJP government in the southern state.

Refuting the official claims of spending only Rs 333 crore till date on buying medical equipment and supplies, including medicines, Shivakumar said as per documents they have, the state government spent a whopping Rs 4,167 crore, with at least Rs 2,000 crore pocketed by some ministers and officials.

Denying the charges, 5 cabinet ministers fighting the war against the virus said there were no irregularities or corruption in the purchase of medical kits and released official documents in defence of their contention.

Terming the Congress charges baseless, malicious and politically-motivated, Kumar said the Congress duo alleged Rs 815-crore corruption in the medical education department though Sudhakar clarified with documentary proof that medical kits only worth Rs 33 crore were purchased by his officials.

“Similarly, when both the opposition leaders alleged Rs 750-crore graft in the health department, Sriramulu refuted it claiming medical kits valued at Rs 290 crore were purchased so far,” Kumar reiterated.

“Ever since Shivakumar assumed charge as the party’s state unit chief, its leaders and cadres have become hyper active amidst a race for one-upmanship between the two leaders,” added Kumar.

Earlier, Sudhakar told reporters the Congress leaders were trying to revive their moribund party by playing politics in the midst of a pandemic.

“People are watching what the Congress is up to and won’t forgive it for doing politics in Covid times. We are prepared to be hanged if corruption is proved in the purchase of medical kits. We are also ready for an inquiry into the graft charges by the opposition party,” added Sudhakar.