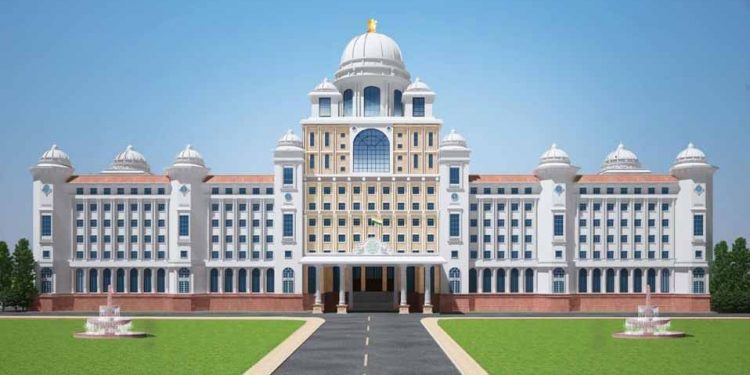 Hyderabad, Aug 6 (Aryavarth) The BJP’s Telangana unit has objected to the Cabinet’s clearance for the new Secretariat building design on the grounds that the Opposition was not taken into confidence.

Chief spokesperson of the BJP’s Telangana unit, K.Krishna Saagar Rao Thursday raised strong objection to the allegedly unilateral decisions being taken by the Chief Minister K.Chandrasekhar Rao (KCR). Even the design of the upcoming structure was not spared by the BJP on the grounds that it was regressive.

On Wednesday evening, the state Cabinet had cleared the building plan developed by Chennai based architects Ponni & Oscar. The BJP spokesperson went on to find fault with the design of the new Secretariat building that is to replace the old structure, a Nizam era heritage set-up which was recently being demolished in a record speed.

Ever since the demolition of the old Secretariat complex, the state government has been under attack from Opposition parties and religious groups over the demolition of places of worship on the premises. Earlier, AIMIM president Asaduddin Owaisi on Wednesday had reiterated his demand that two Mosques demolished at the old state Secretariat of Telangana be rebuilt.

There was even a demand from Christian groups also for a Church in the new Secretariat complex.

The demolition work had started on July 7, following the June 29 order of the High Court dismissing petitions challenging the government’s decision to build a new complex when the existing buildings were structurally sound.

However, on a couple of fresh petitions, the High Court on July 10 temporarily stayed the demolition work till July 13 and had twice extended the stay. The stay was vacated on Friday. The government has already released the design of the new Secretariat, which it plans to construct at a cost of Rs 400 crore. 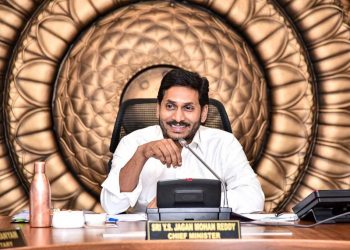