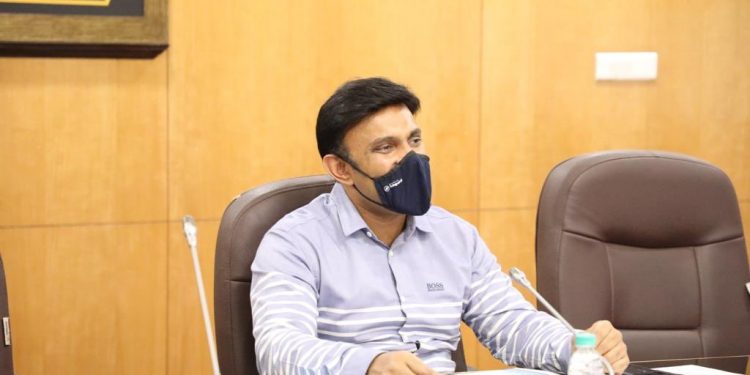 Bengaluru, Jan 6 (Aryavarth) Four districts in southern Karnataka bordering Kerala have been put on alert following the outbreak of bird flu (H5N8) in the neigbouring coastal state, an official said on Wednesday.

“We have put four districts bordering Kerala on alert and taken steps to prevent the bird flu spread from the adjacent state though no case of the disease has been reported in Karnataka so far,” a state animal husbandry department official told IANS here.

The districts on alert are Chamarajanagar, Dakshin Kannada, Kodagu and Mysuru in the state’s southern region.

“Our animal husbandry minister (Prabhu Chauhan) has directed the officials of the border districts to inspect vehicles carrying poultry products like chicks and eggs from Kerala and allow them into the state only after disinfecting and sanitising them,” the official said in a statement.

The department has also set up kiosks at border check-posts to monitor vehicles from Kerala to ensure chicken and eggs are not allowed to enter the districts without certification.

Avian flu broke out in Alappuzha and Kottayam districts of Kerala, which led to culling of thousands of birds, including ducks, cocks, hens and chicks, and declaring a disaster in the neigbouring state.

“All poultry farms in the four districts have been directed to send five serum samples of their birds to our institute at Hebbal in the city to check if they have been infected with the H5N8 flu,” added the official.

Advising people to be alert about bird flu, Chauhan told reporters here that bio-security measures should be followed by all the stakeholders as the state is also reeling under the Covid-19 pandemic.

“All animal farms, bird sanctuaries and water bodies are being checked as a precautionary measure to ensure they are safe and free from any disease,” said Chauhan.

The Union Ministry of Environment, Forests and Climate Change has also advised the state government to set up check-posts in the areas bordering Kerala for screening and sanitising poultry birds and their products before allowing them to enter the state.

State Health Minister K. Sudhakar also directed the health officials in the border districts to be vigilant in the wake of avian flu outbreak in other states, including Maharashtra and Madhya Pradesh.

Bird flu has also been reported among wild geese in Himachal Pradesh, crows in Rajasthan and Madhya Pradesh and ducks in Kerala.

Avian influenza or bird flu is a contagious viral disease caused by influenza type A viruses, which affect poultry birds like chickens and turkeys.