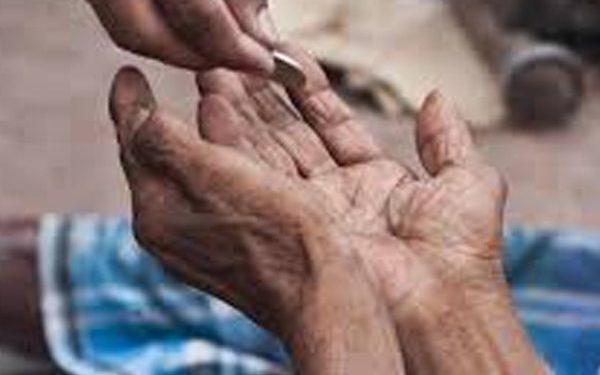 Bengaluru, Jan 19 (Aryavarth) In a bid to contain the begging menace within the city limits, the Bengaluru civic body has decided to constitute a committee to collate the data of beggars across the city, Bruhat Bengaluru Mahanagara Palike (BBMP) Commissioner N. Manjunath Prasad said here on Tuesday.

After inaugurating a day-long workshop on preventive measures to curtail begging in Bengaluru that was organised by the BBMP here, Prasad said that the government agencies have been trying their best to curtail the beggars in Bengaluru but somehow it is failing.

“First we need to have data of how many beggars are operating in the city. Then we also need to know how many of them are aged, youngsters, children and persons with disabilities. Once we collect this data, then we can search for the root cause of this menace,” he said.

He suspected that begging thriving in cities is not uncommon but generally it is operated through a racket and he suspected that some kind of racket must be operating in Bengaluru too.

Citing his own example, Prasad said that when he was serving as deputy commissioner of Murshidabad district in West Bengal, he received a call from the embassy of Saudi Arabia, which stated that they had arrested 70 to 80 children with disabilities who were arrested while begging in their country.

“After this incident, when we carried out detailed investigations, we found out that there was a systematic begging racket operating from Uttar Pradesh and Bihar. Members of this racket used to fan out in neighbouring states like West Bengal and identify persons with disabilities and lure them with a job offer in Saudi Arabia. Once these persons with disabilities landed in that country they forced them to beg. Similar strategy had been adopted for these children as well,” he explained.

The 2011 census data had revealed that there were 10,682 beggars in Karnataka spread across the 30 districts of the state. The highest number of people seeking alms, 1,368, was in the state capital.