"To answer this question, the landing team will have its hands full getting us to Jezero Crater - the most challenging Martian terrain ever targeted for a landing." 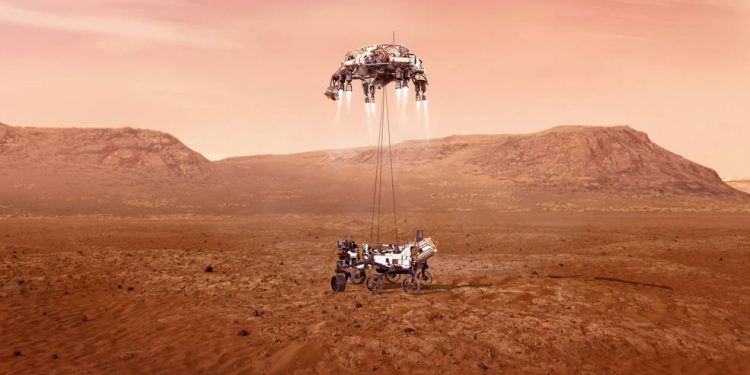 447
VIEWS
Share on WhatsappShare on FacebookShare on TwitterShare on Telegram

Washington,  (Aryavarth) Engineers at NASA’s Jet Propulsion Laboratory have confirmed that the Mars 2020 Perseverance mission is healthy and on target to touch down in Jezero Crater at around 3.55 p.m. EST on February 18.

“Perseverance is NASA’s most ambitious Mars rover mission yet, focused scientifically on finding out whether there was ever any life on Mars in the past,” Thomas Zurbuchen, Associate Administrator for the Science Mission Directorate at NASA, said in a statement on Tuesday.

“To answer this question, the landing team will have its hands full getting us to Jezero Crater – the most challenging Martian terrain ever targeted for a landing.”

Jezero is a basin where scientists believe an ancient river flowed into a lake and deposited sediments in a fan shape known as a delta.

Scientists think the environment here was likely to have preserved signs of any life that gained a foothold billions of years ago — but Jezero also has steep cliffs, sand dunes, and boulder fields.

Landing on Mars is difficult — only about 50 per cent of all previous Mars landing attempts have succeeded — and these geological features make it even more so.

The Perseverance team is building on lessons from previous touchdowns and employing new technologies that enable the spacecraft to target its landing site more accurately and avoid hazards autonomously.

“The Perseverance team is putting the final touches on the complex choreography required to land in Jezero Crater,” said Jennifer Trosper, Deputy Project Manager for the mission at JPL.

“No Mars landing is guaranteed, but we have been preparing a decade to put this rover’s wheels down on the surface of Mars and get to work.”

People will be able to watch the drama of Perseverance’s entry, descent, and landing (EDL) — the riskiest portion of the rover’s mission that some engineers call the “seven minutes of terror” — live on NASA TV. 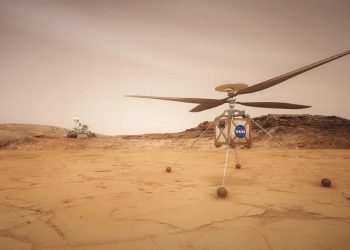