"We have recently issued an RFP to manufacture the entire PSLV rocket by the Indian industry, which has been making various subsystems and components for rockets launched by the Indian Space Research Organisation (ISRO) over the years for carrying multiple satellites into the earth's orbits," NSIL Director D. Radhakrishnan told IANS here. 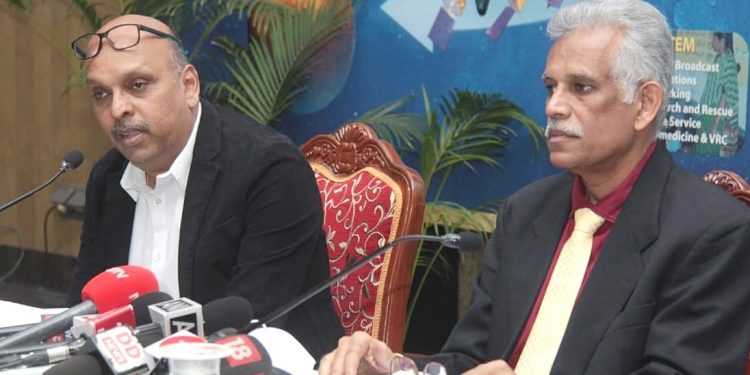 484
VIEWS
Share on WhatsappShare on FacebookShare on TwitterShare on Telegram

“We have recently issued an RFP to manufacture the entire PSLV rocket by the Indian industry, which has been making various subsystems and components for rockets launched by the Indian Space Research Organisation (ISRO) over the years for carrying multiple satellites into the earth’s orbits,” NSIL Director D. Radhakrishnan told IANS here.

Unlike in the present set-up, where ISRO procures various parts from the industry and assembles them into a rocket at its Sriharikota spaceport in Andhra Pradesh for integrating and launching satellites, a consortium of Indian firms will make and assemble the rocket at their plants for integration at the launchpad with satellites.

As the commercial arm of the space department, NSIL plans to initially procure five rockets from the industry for launching multiple satellites of Indian or foreign customers from the spaceport.

“As part of the space reforms process, we have been mandated to own and operate space assets, including satellites and launch vehicles (rockets) and provide end-to-end services on a commercial basis,” said Radhakrishnan, who is in-charge of the company’s technology and strategy.

The state-run NSIL was in the news recently for launching Brazil’s earth observation satellite Amazonia-1 on February 28 from the Sriharikota spaceport on board ISRO’s PSLV-C51 rocket along with 18 other satellites.

“The new mandate also envisages a paradigm shift in providing space-based services to a demand-driven model from the present supply-driven model,” said the company in a statement.

NSIL was formed in March 2019 with a paid-up capital of Rs 10 crore and an authorised capital of Rs 100 crore as a state-owned central public sector enterprise to take over the production and operation of launch vehicles from ISRO.

“We have also undertaken transfer of technologies to the Indian industries from ISRO so as to enable them to make rockets and satellites for domestic and overseas customers and for launching them from the Sriharikota spaceport,” said Radhakrishnan.

The RFP mandates the consortium to procure subsystems and components from the vendors, who have been making and supplying them to ISRO’s PSLV and GSLV (geo-synchronous launch vehicle) rockets that carry heavy satellites into the geo-stationary orbit, about 36,000 km above the earth.

The 2-year-old company is in talks with the Department of Space to take ownership of two new communication satellites to be launched by ISRO soon for providing direct-to-home (DTH) services and broadband services in Ku band by private operators.