The findings, published in the British Journal of Ophthalmology, indicate that people in the most polluted areas were at least 8 per cent more likely to report having AMD.

Effect of diabetes on our eyes.

501
VIEWS
Share on WhatsappShare on FacebookShare on TwitterShare on Telegram

The findings, published in the British Journal of Ophthalmology, indicate that people in the most polluted areas were at least 8 per cent more likely to report having AMD.

“Our findings suggest that living in an area with polluted air, particularly fine particulate matter or combustion-related particles that come from road traffic, could contribute to eye disease,” said lead author, Paul Foster, Professor at University College London in the UK.

“Even relatively low exposure to air pollution appears to impact the risk of AMD, suggesting that air pollution is an important modifiable risk factor affecting risk of eye disease for a very large number of people,” Foster added.

AMD is the leading cause of irreversible blindness among people over 50 in high-income countries, with the numbers of those affected projected to reach 300 million by 2040.

Participants were asked to report any formal diagnosis of AMD by a doctor. And structural changes in the thickness and/or numbers of light receptors in the retina — indicative of AMD — were assessed in 52,602 of the participants.

The research team found that people in areas with higher levels of fine particulate matter pollution were more likely to report having AMD after accounting for potentially influential factors such as underlying health conditions and lifestyle.

All pollutants, except coarse particulate matter, were associated with changes in retinal structure. 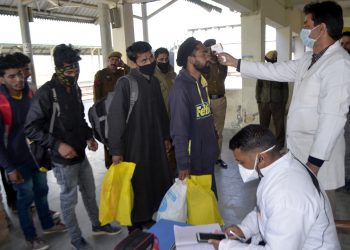